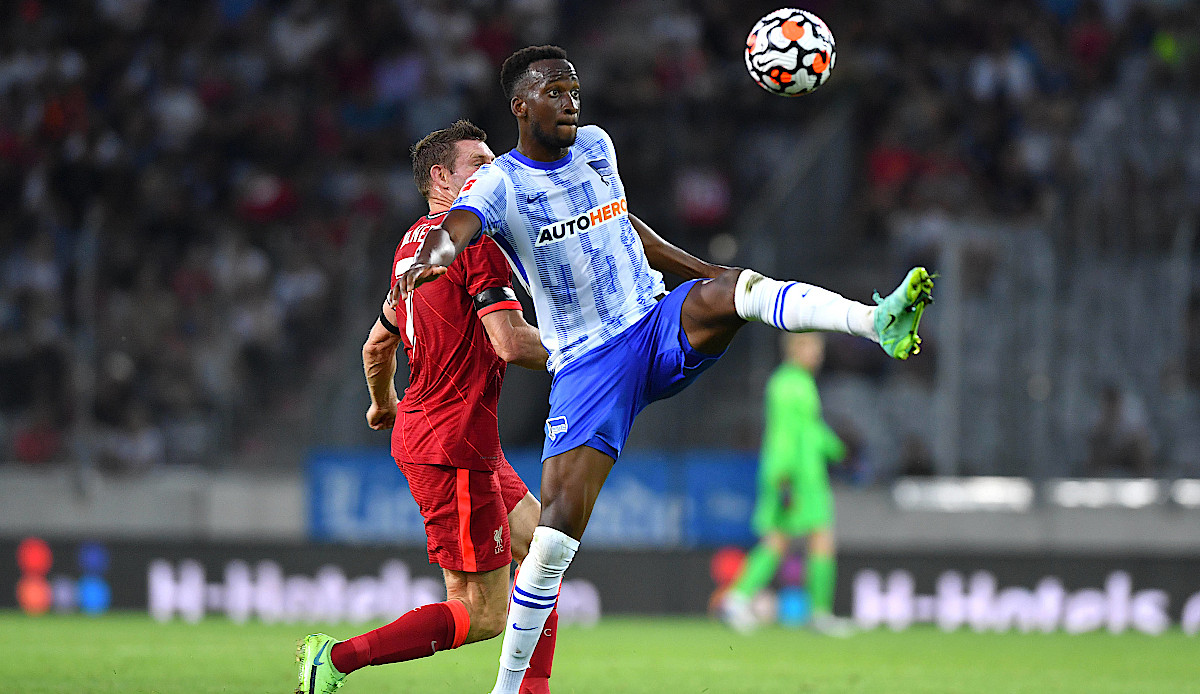 Bundesliga club Hertha BSC put an exclamation mark in the preparation for the season. The team of coach Pal Dardai defeated Liverpool 4: 3 (2: 2) and showed some promising approaches (the game in LIVETICKER for reading). However, a head injury from Santiago Ascacibar clouded the joy, who had to be replaced immediately after his goal to make it 1-0 (21st).

In addition to Ascacibar, who collided with Liverpool keeper Caoimhin Kelleher at his goal and could not continue playing, ex-Schalke Suat Serdar (31st) and newcomer Stevan Jovetic (66th, 80th) were successful.

“You have to classify this game. We had good phases, you saw things that we rehearsed,” said Dardai at ServusTV: “But we gave away goals and also had to survive pressure phases.”

Liverpool had equalized 2-2 through Sadio Mane (37th) and Takumi Minamino (42nd), and Alex Oxlade-Chamberlain (88th) also met. In addition, defensive boss Virgil Van Dijk celebrated his comeback in the team of team manager Jürgen Klopp after a serious knee injury, because of which he had missed the European Championship and much of the previous season.

Berlin will play two more test matches on Friday (6 p.m.) against Al-Hilal Riyadh and on Saturday (6:15 p.m.) against Gaziantep FK. The first round of the DFB Cup will be played by third division club SV Meppen on August 8th.

Bundesliga promoted VfL Bochum suffered their first defeat in the preparation for the season in the sixth test match. After four wins and one draw, the Ruhrpott-Klub lost to the Dutch first division club Vitesse Arnheim on Thursday with 1: 2 (0: 0).