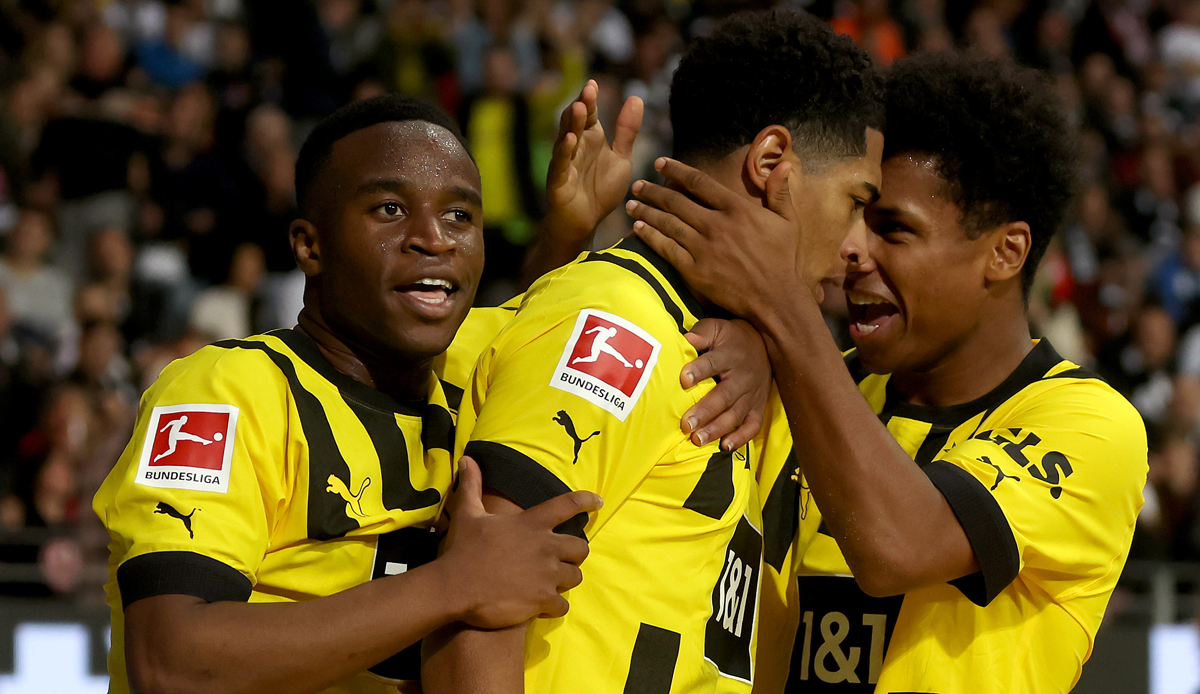 The German U21 European champions Karim Adeyemi (Borussia Dortmund) and Florian Wirtz (Bayer Leverkusen) were honored by the DFB as the best young players of their year. Vice European Champion Jule Brand (VfL Wolfsburg) was honored with the juniors. You are among the winners of the Fritz Walter Gold Medal.

“The winners lead the way on and off the field and are particularly impressive because of their personality,” said Joti Chatzialexiou, sporting director of the national teams at the DFB. The association is also pleased “to reward players equally for their achievements from now on”.

Since this year, the same bonuses for the medals have been paid out for juniors in the respective U17 and U19 years. The prizes are awarded to the three best young players with gold, silver and bronze medals.

Adeyemi was honored as the best of the 2002 vintage, but, like Brand, retrospectively for 2021. Last year the award was canceled due to the corona pandemic. The subsequent U17 gold medal went to BVB youngsters Youssoufa Moukoko and Clara Fröhlich (Bayer Leverkusen).

Wirtz and Lisanne Graewe (Bayer Leverkusen) took first place in this year’s awards for the 2003 vintage.

It is already the second gold medal for national players Adeyemi and Wirtz, both of whom have already been honored as the best players of their U17 year. Prominent predecessors include national players Leon Goretzka, Timo Werner and Kai Havertz.