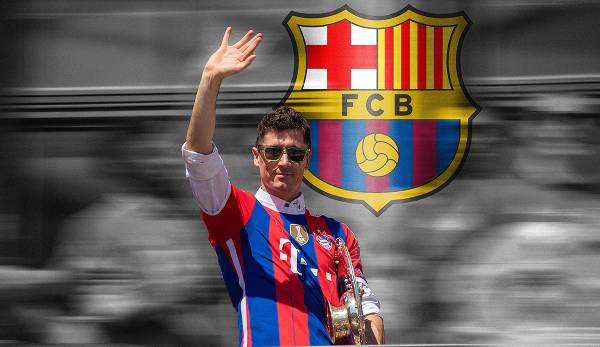 Advisor Pini Zahavi bagged Robert Lewandowski’s move to FC Barcelona in the summer, and now it’s leaked what he’s getting in fees. Coach Julian Nagelsmann has commented on the many moles at FCB. Here you can find all the news and rumors about FC Bayern.

Would you like more Bavaria? Here you can find more news and rumors about FCB.

FC Bayern, rumours: Zahavi collects this from the Lewy deal

Pini Zahavi apparently gets less commission for the Lewandowski deal than initially thought. Initially, it was speculated that the experienced player’s agent could pocket a referral fee of 20 million euros over four years. But loud The Athletic Zahavi collects only five million euros.

The Israeli has helped his prominent client to force the move from FC Bayern to Spain, although the FCB officials initially wanted to keep their star striker. Ultimately, however, they agreed on a transfer with a transfer fee of around 45 million euros. Lewandowski has signed a four-year contract with the Catalans.

“Pini never let up, that’s incredible. I thanked him that night,” Lewandowski said shortly after the deal sports picture. “He said: ‘It was maybe the most complicated transfer of my life. But we made it.’ “I am very grateful to him for helping me to take this step. Pini is not selfish, he only has one thing on his mind: the well-being of his players and clients. I think those responsible at Bayern know: he is a professional. “

However, Zahavi has not been particularly popular at Bayern Munich in the past. In the course of negotiations with David Alaba in 2020, Uli Hoeneß described the advisor as a “greedy piranha”. Sports director Hasan Salihamidzic confirmed this last in the Süddeutsche Zeitung: “I have nothing against Pini. He does his job. We have a good relationship.”

In the past, a lot of information or rumors, for example about FCB transfer negotiations, have repeatedly appeared in the media, which should actually remain behind closed doors. Coach Julian Nagelsmann now warned in the Frankfurter Allgemeine Zeitungone must “careful that [dies] does not jeopardize the overall success”.

The 35-year-old admitted that the information business is now part of sport. “In football, information is pushed through because there are many interest groups. Everyone wants leverage: advisors, clubs,” said Nagelsmann.

“In Munich, tactical internals or match plans have always been revealed in the past. I don’t think that’s a good thing, but you have to be able to live with that as a coach,” continued the head coach of the German record champions.

FC Bayern, News – Nagelsmann: “Not adapting so much anymore”

FCB coach Nagelsmann interviewed the FAZ also revealed a new direction at FC Bayern from a tactical point of view. You want to look less at the way the competition plays. “We will shorten the preparation time for our opponents. We no longer want to adapt so much,” explained Nagelsmann.

“For me it was never a sign of weakness, but I will deviate a bit from my path in the new season,” said Nagelsmann. In the “big clubs” it is common to focus less on the opponent than he did with Bayern in his debut season.

He also announced that he wanted to communicate more with the players and with those responsible for the club. In terms of sport, he sees the Bayern squad “definitely” improved before the start of the Bundesliga against Frankfurt (Friday, from 8.30 p.m. in LIVETICKER). Lewandowski’s departure is also an opportunity to become “more variable”: “We have more alternatives. Everyone has to take on more responsibility.”