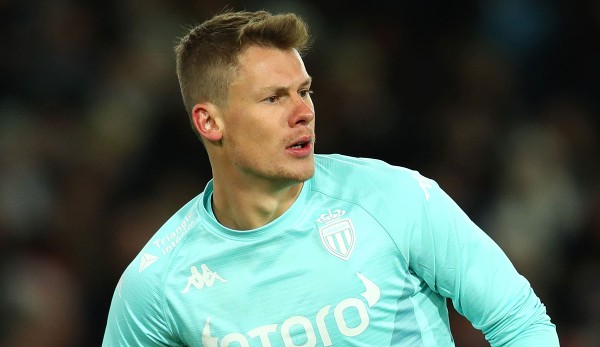 Alexander Nübel criticizes FCB goalkeeping coach Toni Tapalovic. Thiago explains the departure from FC Bayern Munich in 2020 by saying that he lacked the appeal in the Bundesliga. News and rumors about the record champions can be found here.

Alexander Nübel has in the current sports studio of the ZDF confirms there has been little contact with Toni Tapalovic since his move to AS Monaco. In the past there have been rumors that his relationship with the goalkeeper coach at FC Bayern Munich is not good. “Before that we had a normal relationship. Now that I was in Monaco, there wasn’t much contact. I think we could have exchanged more,” said Nübel.

But that doesn’t mean that working together in the future would be impossible. “I think you can get a lot out of the world if you seek dialogue,” said the goalkeeper. Despite the course so far, he does not regret his move to the record champions. “It’s a different level when you train there. It’s a different mindset,” says Nübel.

But then he realized how important match practice is. The 26-year-old did not want to reveal how things will continue from the summer. But Nübel mentioned one condition: “I want to go where I can get match practice.” However, he reacted evasively to the comment that this was probably not possible at Bayern Munich.

There are more Nübel statements here.

FC Bayern Munich, News: Thiago names the Bundesliga as the reason for the change

The fact that Thiago left FC Bayern Munich in 2020 is also explained by the fact that the Bundesliga no longer held much appeal for him. “The German league is great but we’ve won it eight years in a row,” explained the Spaniard BT Sports: “I needed a bigger challenge. And that league was the Premier League.”

However, this step was not easy for him. Thiago won both the FA Cup and the League Cup with the Reds in 2022. However, he has not yet been able to win the league title and another handle pot.

He explained that he left FC Barcelona for Munich in 2013 with a lack of playing time: “I played with a lot of legends at FC Barcelona. It was difficult for me to play as many minutes as I wanted.” Pep Guardiola also signed with FC Bayern this summer: “He asked me how I was doing. The decisive reason for Bayern was: ‘I need minutes, I have to play!'” He described the change as “a big challenge ” seen.

Seven goals at the start of the winter break, the highest win in 40 years – coach Steffen Baumgart from 1. FC Köln was nevertheless not tempted to declare war on the next opponent. Because his name is Bayern Munich. “We have a team in front of us on Tuesday that has already shot down a few opponents in this way,” said Baumgart after Cologne’s 7-1 (5-1) win against Werder Bremen: “This happens more often with Bayern.”

On Tuesday, Cologne will travel to the record champions for the end of the first half of the season, so the clear win against Bremen came just in time – recently FC had slipped dangerously close to the relegation zone. They are now five points ahead of the relegation rank and the goal difference suddenly looks a lot friendlier again.

The game against Werder was one “that you won’t have often,” said Baumgart, “we make five goals out of the first five shots on goal, and then it just goes your way. Everyone here knows how to classify that, starting tomorrow calmly and matter-of-factly forward again.”

Even more important than the many goals was the realization “that we’ve picked up the pace again and can play our game again.” Before the World Cup break, the team looked tired, was decimated by a few injuries, and Baumgart’s pressing football became riddled. The result was four defeats from five games.

The long break seems to have helped, and FC looked fresh throughout against Bremen. And what’s next? “We’ll try to win in Munich as well,” said Baumgart later that evening in the ZDF sports studio: “But that’s not an announcement. We just want to play football successfully.”

FC Bayern Munich, News: Uli Hoeneß as a guest in a one-two

Uli Hoeneß is a guest in the one-two at Sport1 this Sunday. The former president of FC Bayern Munich will probably talk about the goalkeeping issue with the record champions and the bumpy start to the new year. Click here for the Live Ticker.