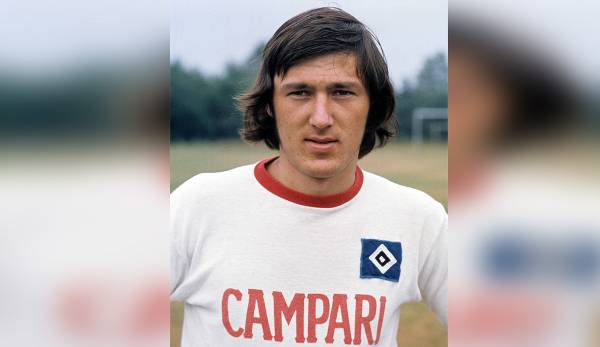 They are the Bundesliga’s one-hit wonders! So far, 37 players in the history of the German upper house have been able to book exactly one game – over just one minute of playing time.

In the current season alone, three new players have been added.

Important note from a statistical point of view: If the players were substituted on in the 90th minute, the injury time does not play a role in the calculation.

Let’s start with the overview of all actors!

For Hamburger SV on January 24, 1976 against Offenbacher Kickers.

For MSV Duisburg on December 20, 1997 against VfL Bochum.

Hofmann was unable to assert himself at Bayern, but he did have an impressive career at Rapid Wien and became a legend in Austria after 540 competitive games (128 goals, 208 assists). Today sports coordinator and assistant coach of Rapid.

Thorwart played for Borussia from 1998 to 2003. In the 1-0 home win against the Löwen, he came in for Tomas Rosicky – four seconds later it was over.

He spoke about this experience in May 2022 in an interview with SPOX and GOAL spoken – this way!

To this day he is the record holder for the shortest BL mission of all time, but there was a bonus of 1666 euros. Later he played for Schalke. Today he is employed by the city of Dortmund and has nothing to do with football anymore. The reason: boring.

For VfL Wolfsburg on March 8, 2003 against FC Energie Cottbus.

For Hertha BSC on November 25, 2006 against Alemannia Aachen.

It didn’t work out in the Bundesliga, but with 348 games for Wehen Wiesbaden, Aalen, Carl Zeiss Jena, Holstein Kiel, Hansa Rostock, Unterhaching, Cottbus and Uerdingen, Müller became the record player in the 3rd division.

For Hertha BSC on November 25, 2006 against Alemannia Aachen.

For Alemannia Aachen on March 17, 2007 against Arminia Bielefeld.

For FC Schalke 04 on April 7, 2007 against Borussia Mönchengladbach.

Kunert played with Manuel Neuer and Mesut Özil at S04, but he was denied a really big career. But he appeared with eye-catching hairstyles.

In an interview with SPOX and GOAL, Kunert talked about his unusual appearance and explained why his hairstyles at the time haunted him throughout his career – this way!

For Eintracht Frankfurt on December 6, 2008 against VfL Bochum.

For Fortuna Düsseldorf on November 27, 2012 at Borussia Dortmund.

For Borussia Dortmund on October 5, 2013 at Borussia Mönchengladbach.

It shouldn’t be for Günter in the Bundesliga, but things went much better for him abroad: he played 50 competitive games for Galatasaray, and since 2018 and his move to Italy 116 games in Serie A have been added.

For SC Freiburg on April 19, 2014 against Borussia Mönchengladbach.

For Borussia Mönchengladbach on December 15, 2017 against Hamburger SV.

For SC Freiburg on November 25, 2018 against SV Werder Bremen.

For Borussia Dortmund on May 7, 2022 at SpVgg Greuther Fürth.

For Bayer Leverkusen on November 12, 2022 against VfB Stuttgart.

For TSG Hoffenheim on November 12 against VfL Wolfsburg.