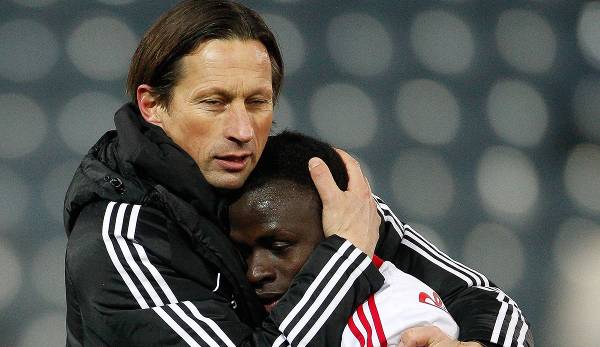 Liverpool’s Sadio Mane has been linked with a move to Bayern Munich. His former teammate Stefan Maierhofer reveals in an interview with SPOX and GOAL why the Senegelase was still a very reserved guy after moving to RB Salzburg.

The 39-year-old tells of a peculiarity of Manes, who was still young at the time, and who his best friend in Salzburg was. Maierhofer also believes that Bayern should try to get the winger and give up Robert Lewandowski, who is willing to change.

Mr. Maierhofer, when Sadio Mane came to RB Salzburg in 2012, you had already been there a year. How did he behave then?

Stefan Maierhofer: A lot was changed in the Salzburg squad back then, and a lot of players came. Among others, Sadio Mane. He was a very timid, shy young man who only spoke French. He sat next to me in the dressing room. But even then he was brutal on the pitch. When he felt like it, he was extremely good. You could have guessed that there was a lot of potential in it and that it could become a real bombshell. But I wouldn’t have signed it back then that he would have such a career and have been a top player in Liverpool for years.

Why was Mane so shy?

Maierhofer: It’s not easy when you come from a poor area. At that time he came from Senegal to France in the second division and a year later in Salzburg. It was difficult for him not to understand what the others were saying and not able to exchange ideas. He only had contact with the interpreter. I think that was his best friend back then. Most of them spoke the Austrian-Salzburg dialect, and there were also a few English speakers. He didn’t understand all that. As a young player, it’s not an easy situation. It was different on the soccer field, we spoke the same language there. The interpersonal came with him only when he felt more comfortable.

Maierhofer: “Mane always had a small brush with him”

What comes to your mind when you think of Mane?

Maierhofer: He always had a small brush with him and used to brush his hair or play with it in the changing room next to me. As is usual in Africa. But he always laughed, even though he didn’t understand us. A very nice guy. We tried to help him with hands and feet. I don’t know French so it wasn’t easy. I will definitely remember that.

They left Salzburg six months after Manes left. Does he have anything to do with her move to 1. FC Köln?

Maierhofer: no I was told in the summer: “You’re 30, we want to focus on young players in the future. You can look for a new club.” Unfortunately, that was four days before the end of the transfer, so I watched it for another six months. Roger Schmidt (Salzburg coach at the time; editor’s note) said he really wanted me. But in the first year it was more the handwriting of sports director Ralf Rangnick than that of Schmidt. It was a real shame and bitterness for me, because before that I was champion, cup winner and top scorer. I thought that was a pity from Mr. Rangnick, but that’s football.

FC Bayern apparently wants to sign Mane in the summer. You played in Munich between 2005 and 2007. Does he fit to FCB?

Maierhofer: If a player is available for such a sum, he is a top transfer for the Bundesliga. In terms of gameplay, he’s like a Leroy Sane, Serge Gnabry or Kingsley Coman. If Robert Lewandowski should go and Julian Nagelsmann only relies on speed, it will be very interesting. Based on his experience, he fits in very well. Some of you can be prepared for the fact that he is a completely different house number with his speed.

Lewandowski farewell? Maierhofer: “I could replace him”

Should FC Bayern give up Robert Lewandowski?

Maierhofer: You got Lewandowski for free and he wants to reorient himself after eight years. He is unhappy and it needs an honest exchange. Bayern do not have an adequate replacement and there is currently no one who could replace him one-for-one. Except for me, of course, with my 39 years. I’m in top shape, unfortunately I can’t keep up with my size and technique, but when the balls come into the box, I’m there. (laughs) I would sell Lewandowski for 30, 40, 50 million euros and invest the sum directly in Mane. Then Bayern will have a top striker for the next three years. And if you can get Kalajdzic from Stuttgart for 20 million, that money would also be well spent.

Can FC Bayern do without Lewandowski?

Maierhofer: He was never injured and therefore always played. You have a lot of offensive drive with Gnabry, Sane, Coman, Musiala, Müller and maybe Zirkzee and possibly Mane. That can work in another system without Lewandowski if Nagelsmann wants to go for more speed like Jürgen Klopp in Liverpool. The robust, beefy penalty area striker is missing in Bayern’s ranks – and you simply need it in certain phases. Although Choupo-Moting has often worked, it is also getting on in years. Therefore it makes sense to get such a type of player.