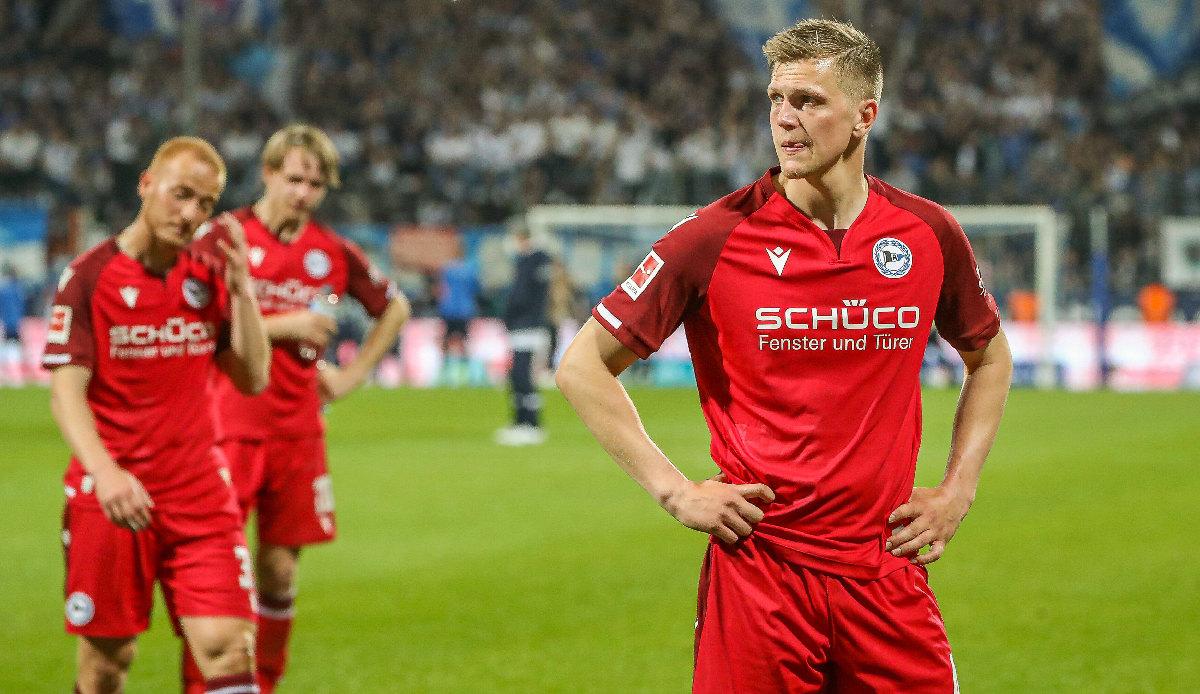 Arminia Bielefeld is about to be relegated from the Bundesliga for the eighth time. No wonder after the second bankruptcy series of the season with ten games in a row without a win.

When the Arminia Bielefeld players stood motionless and silent for minutes in front of their traveling fans, the chants sounded like mockery in their ears. “Never again second league”, it echoed through the Ruhrstadion, the newly promoted VfL Bochum celebrated exuberantly their relegation secured a week ago.

The dejected people from Bielefeld knew at the latest when they looked at the sometimes angry, sometimes sad faces of their supporters: After two years, the interlude in the Bundesliga is over again, the eighth relegation from the upper house could only be prevented by a miracle. “It’s bitter, I can understand the fans,” said captain Manuel Prietl after the 1: 2 (1: 1) low blow in Bochum DAZN.

Whistles and anger hit Prietl and Co. from the guest corner, individual cheers were lost. The 30-year-old himself felt “pure disappointment and emptiness”. After the tenth game in a row without a win – for the second time this season – the hope of a last-minute rescue is “tiny”, as Prietl admitted. Too much would have to happen.

First of all, on Sunday (5.30 p.m. / DAZN) the old and new champions Bayern Munich would have to be serious after their party trip to Ibiza and beat the Bielefeld competitor VfB Stuttgart. Then Arminia would have to defeat the Champions League aspirants RB Leipzig on the last day of the game and Stuttgart would have to lose to 1. FC Köln at the same time. And then the relegation against the second division third would have to be survived.

Prietl: “We have to mobilize all forces.”

“We are now dependent on others, that’s the last straw,” said Prietl and tried perseverance slogans that didn’t quite convince him himself: “In life you always have to persevere to the end. We have to mobilize all our strength.”

The forces that Bielefeld mobilized in Bochum on Friday evening were not enough to survive in the Bundesliga. Initially overwhelmed by Bochum and, thanks to goalkeeper Stefan Ortega, only trailed 0-1 through Sebastian Polter (22nd), then rewarded with the completely surprising equalizer by Joakim Nilsson (35th), the penultimate table lacked the absolute will to win and “the penetrating power”, as Prietl admitted.

George Bello’s own goal (89th) was “exemplary for the whole season,” said the dejected captain. Ortega brilliantly parried Simon Zoller’s shot, then his team-mate steered the ball into the goal. “The psyche has influenced the physique,” said coach Marco Kostmann and stated resignedly: “The table doesn’t lie.”