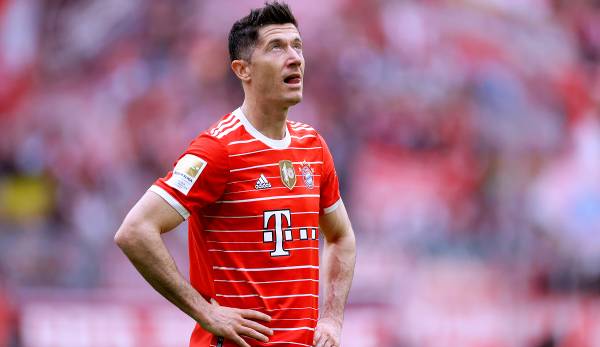 Robert Lewandowski would like to leave Bayern Munich to join FC Barcelona. But from Spain it is now said that Barca cannot currently finance the Poles.

After Robert Lewandowski informed FC Bayern that he will not be renewing his contract, which expires in the summer of 2023, FC Barcelona has come into focus as Barca is the 33-year-old striker’s dream destination.

However, this project is not unproblematic: the well-informed Mundo Deportivo reports that FC Barcelona has no financial leeway to sign Lewandowski. Already this season, FC Barcelona had big problems getting the right to play for the newcomers in summer and winter, because the expenses are still very high.

In addition, there is the problem that some player contracts at FC Barcelona will become more expensive from July 1st. Salary increases were anchored in the contracts of newcomers such as Memphis Depay, Eric Garcia, Pierre-Emerick Aubameyang and Ferran Torres. But that also applies to veterans like Sergio Busquets or Gerard Pique.

Robert Lewandowski: The total volume could be too big

So, Barca need to activate ‘economic levers’, as President Joan Laporta put it, in order to generate revenue that will allow the club to pay the salaries. For example, Barca are working on a new sleeve sponsor. Another obvious solution is to sell players like Philippe Coutinho was sold to Aston Villa. More could follow.

However, it is a race against time and so the Lewandowski case remains complicated. Even if the Pole were willing to lower his salary expectations to play for Barcelona, ​​the total could be huge on a three-year deal that, according to table football is in the room, including a transfer fee of probably 40 million euros, where FC Bayern could become weak, be too big.

The vague situation at Barcelona could also pose problems for FC Bayern. Should Barcelona need a lot of time to create financial space for Lewandowski, the hands of the record champions would also be tied.

On the one hand the top striker who wants to leave and hopes that a solution will be found. On the other hand, the plan to have to replace him if it really happens. Because it is also clear that Bayern will not sign a successor for financial reasons alone until Lewandowski’s future has been clarified. A hot summer is imminent.