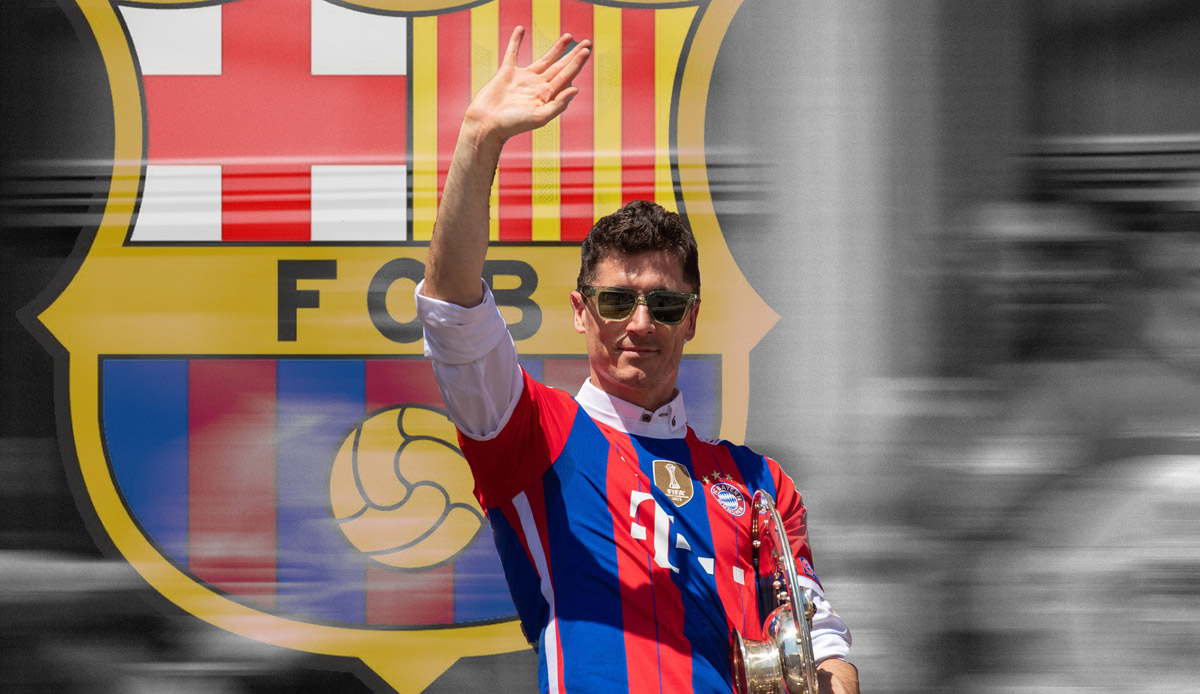 The change has been clear for days, now it’s official: As FC Barcelona and Bayern Munich announced at the same time on Tuesday evening, Robert Lewandowski will play for the Catalans with immediate effect.

“After the two clubs had already verbally agreed on a transfer, all the modalities have now been clarified,” said FC Bayern.

At Barca, Lewandowski (33) signed a four-year deal with a €500m release clause. According to the official announcement by the Spaniards, the transfer fee is 45 million euros plus five million euros of possible additional payments. Lewandowski had already arrived at his new team in Miami on Sunday.

The Pole moved from Borussia Dortmund to Munich on a free transfer in 2014 and scored 344 goals in 375 competitive games. Lewandowski won eight championships with Bayern, the DFB Cup three times, the Champions League and the Club World Cup. He was top scorer in the Bundesliga six times, including in 2021 with a record 41 goals. Lewandowski was voted world footballer in 2020 and 2021.

The German record champion said goodbye to his top scorer with a best-of video entitled “Dziekuje” – “Thank you”. Barcelona welcomed Lewandowski on their social media channels.