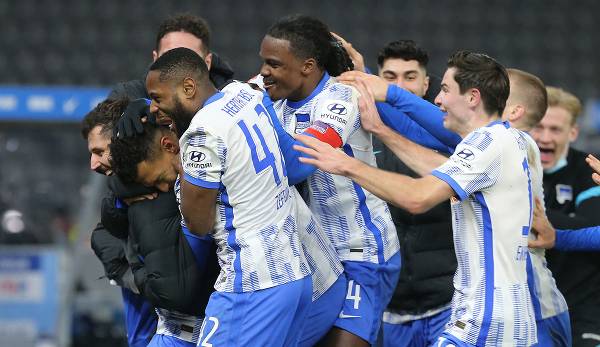 Arminia Bielefeld and Hertha BSC are down in the Bundesliga table today. Follow the duel here in the live ticker!

On the last match day, Hertha collected important points in the direct relegation battle against VfB Stuttgart, now the old lady is a guest at Arminia Bielefeld. You can find out who wins the encounter here in our live ticker.

Before start: Both teams changed coaches again at the end of the season. While Hertha under Felix Magath have won two of their last three games, things haven’t gone that well at Bielefeld under Marco Kostmann – Arminia suffered a 3-1 defeat against 1. FC Köln.

Before start: Arminia welcomes its guests as usual in the Schüco Arena in Bielefeld, starting at 3:30 p.m.

Before start: Hello and welcome to the live ticker of the game between Arminia Bielefeld and Hertha BSC.

You can watch the Bundesliga Saturday as usual on the pay TV station sky pursue. Starts at 2 p.m Sky Sports 1 (HD) the countdown, followed by the conference call at 3:15 p.m. If you prefer to watch the match between Bielefeld and Berlin in full length, you can do so from 3:25 p.m Sky Sports 5 (HD) to do.

If you already have a subscription, the game can also be streamed live via sky go. If you haven’t already, just make sure you do sky ticket for 19.99 euros per month with an annual subscription and 29.99 euros with a flexible monthly subscription.

Bundesliga: Table before the 32nd matchday