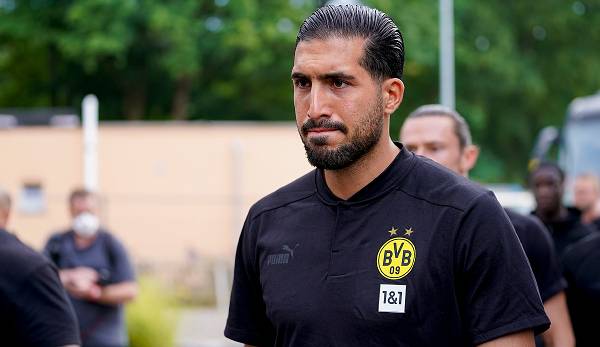 Emre Can is apparently no longer undisputed at Borussia Dortmund. For Niklas Süle, the Signal Iduna Park is a “fundamental reason” for his move and BVB starts the training camp. You can find the most important news and rumors about Borussia here.

More BVB news and rumors from the day before can be found here.

BVB probably open to the transfer of Emre Can

Emre Can’s future at Borussia Dortmund is apparently anything but certain. According to the picture the 29-year-old is “no longer undisputed” by those responsible.

Accordingly, Dortmund would be ready to give up the national player this summer if they received a suitable offer. Can is still under contract with BVB until 2024 and with his reported annual salary of almost ten million euros is one of the top earners at BVB.

He is currently suffering from muscular complaints, because of which he repeatedly misses units. At the start of the new season, he is now threatened with a bank place.

BVB newcomer Niklas Süle: “There is no more emotional stadium”

Niklas Süle has highlighted the importance of Borussia Dortmund’s stadium for his move from Munich to BVB. “For me, the south is one of the fundamental reasons for moving from Munich to Dortmund,” he said in an interview bvb.de.

The German international played one of his first Bundesliga games at the age of 17 for TSG Hoffenheim at Signal Iduna Park. “Incredible, I thought to myself. What power football has here! There is no more emotional stadium in the whole world!” Süle remembers.

BVB travels to Switzerland on Friday. Coach Edin Terzic’s team will be doing a training camp in Bad Ragaz from July 15th to 23rd.

There are two friendlies against FC Valencia and FC Villarreal. Dortmund will also play a friendly against SC Verl on Thursday.

You can follow the duel with Verl here in the live ticker from 6 p.m. today.