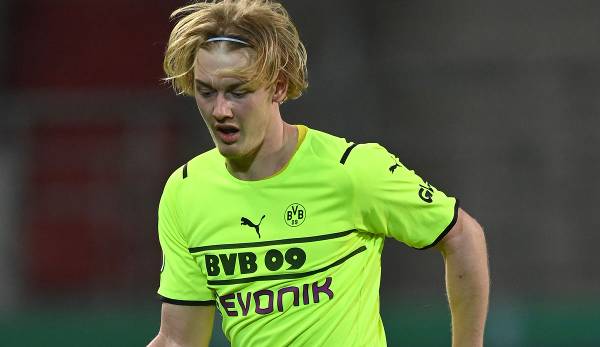 Borussia Dortmund is said to be hesitating with an early contract extension with Raphael Guerreiro. Julian Brandt talks about change speculation. You can find all the news and rumors about BVB here.

BVB, News: Dortmund is probably hesitant to extend the contract with Raphael Guerreiro

BVB left-back Raphael Guerreiro, who was injured last, resumed team training on Tuesday and should be ready for the game at FC Bayern Munich on Saturday.

On the other hand, it seems unclear what the future of the Portuguese looks like in Dortmund. Guerreiro is still tied to BVB until 2023, but according to information from Ruhr news a contract extension is not a sure-fire success.

This is related to the national player’s susceptibility to injury, and the Dortmunder Zeitung also writes about a “only conditionally professional lifestyle”.

It is therefore possible that BVB is thinking about selling Guerreiro in the summer in order to achieve a transfer fee. The market value of the 28-year-old is around 35 million euros.

BVB, News: Julian Brandt on his future in Dortmund

With seven goals this season so far, Julian Brandt is in third place behind Marco Reus and Erling Haaland in the team’s top scorer list. Nevertheless, given his often fluctuating performance, Brandt is not without controversy and is always the subject of speculation about changes.

The midfielder is now putting a stop to this: “I’m not thinking about changing at the moment. I’m still extremely interested in this club and don’t think that my time here is over. I have the feeling that something is going on here Extremely good things developed with the coach, his team and the guys who play here.”

However, the 25-year-old cannot guarantee that he will stay: “Of course a lot can happen in life and things can change suddenly. But for me there is no reason to change. I feel good in Dortmund and I still have here a little something.”

BVB, News: Donyell Malen will probably be out against Bayern

BVB play in Munich on Saturday and may be able to fall back on Thorgan Hazard, who missed the 6-1 win against Wolfsburg due to a muscular problem in his back. However, the Belgian did not take part in team training on Tuesday, but there is still hope of a place in the squad.

Felix Passlack, who paused the past few weeks with a muscular injury, should also be back. Apparently Donyell Malen hasn’t recovered from his tendon injury, and it seems that the Dutchman won’t have enough for Saturday.

Mats Hummels and Mahmoud Dahoud will definitely be missing again. Goalkeeper Gregor Kobel, who had to end training early after a duel with Jude Bellingham and was accompanied by a physiotherapist, grabbed his ankle on the way to the dressing room. However, nothing is known about his chances of being used.