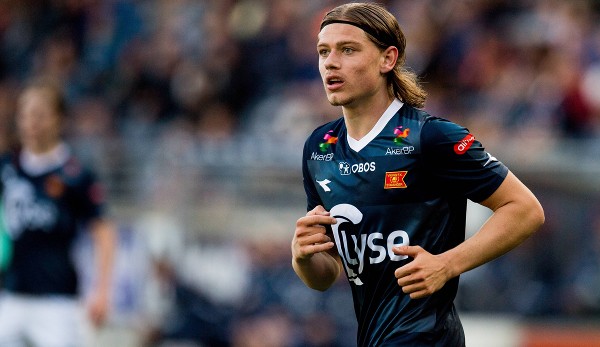 With Julian Ryerson, Borussia Dortmund has signed a versatile defensive player who is more of an emergency aid than a risk. The transfer of the 25-year-old Norwegian is another building block in Sebastian Kehl’s vision of a new Dortmund.

A few days ago there was talk of the consistency that Borussia Dortmund has shown for a long time in terms of injury susceptibility. The BVB squad was bulging at the training camp in Spain, but this rarity didn’t last long: Thomas Meunier promptly tore a muscle fiber, the most typical Dortmund injury.

As usual, the Westphalians veiled the severity of the injury, but on Tuesday evening they indirectly confirmed the reports that right-back Meunier would be absent from the team for up to six weeks. Namely due to the fact that Julian Ryerson, a player from 1. FC Union Berlin, was ripped off, whose transfer BVB itself described as a reaction to the loss of the Belgian.

So things can progress quickly under Sebastian Kehl, after the stalemate about the still unclear future of Youssoufa Moukoko was a constant part of the headlines and the sports director also has numerous other open personnel construction sites to work on.

Kehl’s preparatory work also helped Ryerson, who, thanks to an exit clause that was valid this winter, will move to Dortmund for five million euros until 2026. The black and yellow have been eyeing the half-American for a long time and wanted to get him for the new season on a free transfer. Now, thanks to Meunier’s fate, both parties had the faster opportunity to work together.

BVB: Julian Ryerson with a good chance of starting eleven

A certain hurry was also required, because Ryerson had also received offers from England and Italy. Now he can play the Champions League for the first time in four weeks and help ensure that his new club is also represented in this competition in the coming season. Ryerson’s chances are very good to take a place in Dortmund’s starting eleven right away.

The Norwegian was also there regularly at Union, where he has played since 2018. However, for a long time hardly once from the beginning. The 25-year-old leaves the Irons after 109 competitive games – in 55 of them he was substituted on.

But the full-back gradually developed in Berlin and fought his way into the team after being blocked by top performer Christopher Trimmel. Coming to the capital at the age of 20, Ryerson found it difficult to accept, a regular at his previous club Viking Stavanger and already making 68 top-flight appearances at that young age. He was also always allowed to play in Norway’s U21s.

BVB newcomer Julian Ryerson and his professional career at a glance

The fact that Ryerson managed to make himself indispensable for coach Urs Fischer at the beginning of the current season, in which he also became vice-captain behind Trimmel, ultimately has to do with his character and strengths as a player. Ryerson is stubborn, uncomfortable, unyielding, toxic on the field.

Those are already four adjectives that the footballing staff should embody in the long term in order to fill Kehl’s vision of a new Dortmund with life. The former professional already announced when he took office that it would take several transfer periods for this to succeed. The transfer of Ryerson is therefore a further building block of this strategy, which some current players will also fall victim to in the future, not only because of expiring contracts.

So it’s not surprising that Kehl uses the words “aggressive”, “character” and “greed” when he talks about Ryerson. He describes his style of play as “intensive” – ​​a word that BVB also likes to use to describe its own core brand. The Berlin side added four nouns to describe the new addition: Mentality, strength, technique and heart.

BVB: Those are Julian Ryerson’s strengths

All of these are characteristics that are personified at BVB in particular by actors such as Erling Haaland or currently Jude Bellingham. They should help to give the team a clearer face, a higher recognition value and thus also offer the spectators more identification.

As a player type, Ryerson brings a lot of that with him. For example, no Union professional recorded more ball wins per 90 minutes than he did (6.7). If you compare his data with that of Trimmel, Meunier and Raphaël Guerreiro from the current season (see table), then Ryerson shines with crosses from open play and tackles. Above all, he comes through will and physique, goes into duels with dedication and usually plays fairly consistently. Serious mistakes are extremely rare with him.

However, given the rarity of this profile, its greatest asset is certainly its versatility. Ryerson can play right-back and left-back and, based on past experience, basically equally. He has also acted as a central defender, as a six in midfield or, like in Norway’s U21s, on the eight.

BVB newcomer Julian Ryerson and his data in comparison

Transfer from Julian Ryerson not a big risk for BVB

“I’ve actually always played everywhere since I was very young,” he said in an interview with the rbb. “I think reading the game, the game intelligence, is maybe one of my strengths. That’s why I can play several positions.”

Over the course of the current season, Ryerson has mostly played off the ball as the outer link in a back five. So he will have to adapt if he is to play the “classic” full-back in Dortmund’s most practiced back four.

The transfer of the 15-time national player is ultimately not a big risk for BVB. He still has enough potential to get better and is already serving as a versatile help. He was not injured for a long time at Union either, he never missed more than one game. What fate has in store for him as a Dortmund native is anyone’s guess. Thanks to Ryerson’s move, the squad is at least replenished.

BVB: Julian Ryerson and his statistics in the current season