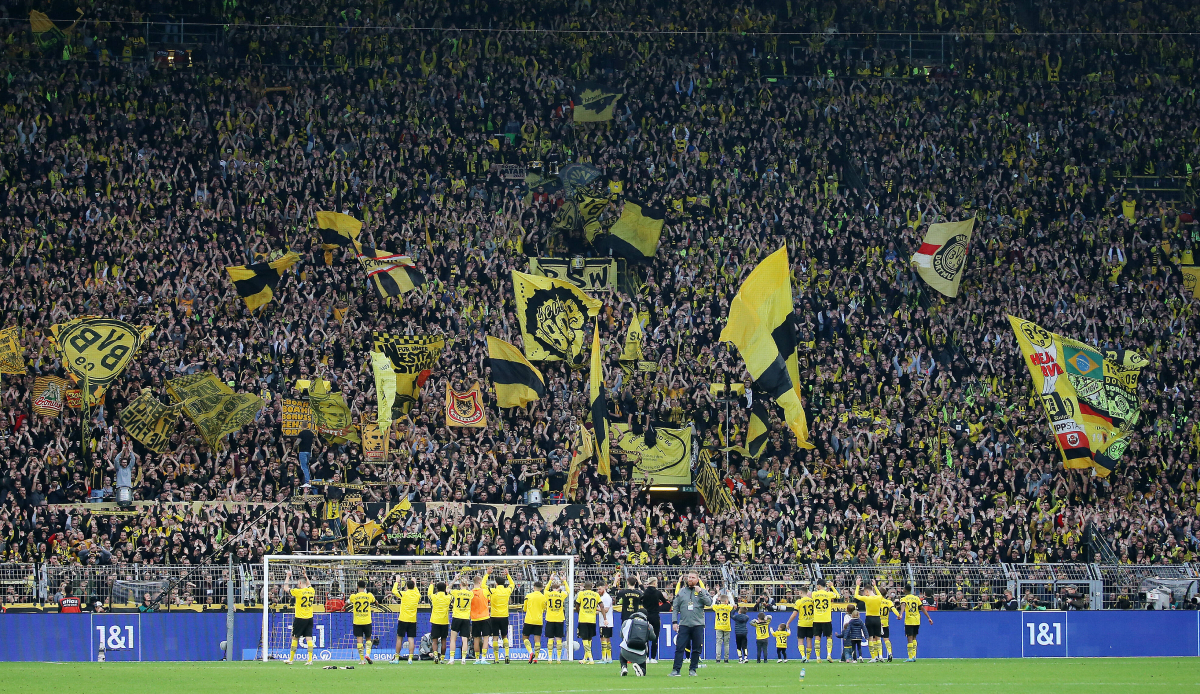 Borussia Dortmund has to do without ultras in the away game in Copenhagen in the Champions League. In the DFB Cup, the black and yellow meet VfL Bochum. The personnel situation before the duel with Manchester City is still unclear. News and rumors about BVB can be found here.

Large parts of the Borussia Dortmund fan scene will stay away from the away game at FC Copenhagen on November 2nd in the Champions League. This was announced by the two groups The Unity and Desperados Dortmund in a joint statement. The reason for this are measures taken by the club in advance ticket sales.

“Due to an alleged risk situation and the two-year probation of UEFA because of the events in the first leg, BVB feels compelled to massively restrict ticket sales,” says the statement: “Tickets are only sold to club members and are also fixed to the respective person bound.”

The club is thus meeting the demands of the Danish police, who have even applied to UEFA for the guest fans to be completely excluded because of the incidents in the first leg and the closeness of the BVB Ultras to the Brondby IF fan scene.

In the run-up to the first leg between the two clubs, there were riots in the Westfalenstadion. Pyrotechnics and tracer bullets flew back and forth between the two fan bases in the north of the stadium. As a result, the second leg was classified as a high-risk game.

In the round of 16 of the DFB Cup, Borussia Dortmund has to play against VfL Bochum. “Of course it’s a great draw,” Bochum’s managing director Patrick Fabian is quoted as saying by the club media: “DFB Cup, floodlights, Revierderby. We’re very happy that we got a home game at the Vonovia Ruhrstadion.” So far there has only been a duel between the two clubs in the cup. In March 1983, BVB won 3-1 after extra time. Everything about the draw is here.

BVB’s personnel situation before the second leg in the Champions League against Manchester City (Tuesday, 9 p.m.) is still unclear. Noisy table football Borussia Dortmund is particularly concerned about the use of central defender Nico Schlotterbeck. If the ex-Freiburg player fails, coach Edin Terzic would be in an unfavorable position because Niklas Süle would be the likely replacement. Since Thomas Meunier is still missing with a broken cheekbone, the right-back position would also have to be rotated, although Süle knew how to convince there.

At Marco Reus, the break could also last a little longer. After the 5-0 win against VfB Stuttgart, Terzic said that it was better to miss one or two games than to end up without the captain for a long time. The coach was not more specific. Donyell Malen, on the other hand, was absent due to a small infection – it is also unclear whether he will be available against City.

“We would like to use this second match point at home so that we don’t have to go to Copenhagen with a bad starting position,” Kehl said table football quoted. Terzic already has to overcome the first hurdles on this path when choosing his starting eleven.