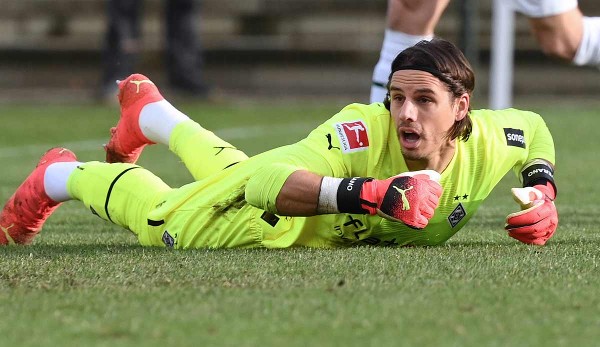 Borussia Mönchengladbach has apparently also rejected an increased offer from FC Bayern for keeper Yann Sommer. Lothar Matthäus has a clear opinion on a possible transfer. A currently loaned player has spoken about a possible return to Munich.

As already reported on Monday, FC Bayern has intensified its campaign for Yann Sommer and is now loud sky the offer for the goalkeeper from Borussia Mönchengladbach increased. Accordingly, FCB offered eight million euros plus a bonus of one million. But the foals are said to have rejected this offer, which is already described as “all-in”.

The Swiss should have agreed verbally with Bayern for a long time, and the clubs held talks on Monday. But although the Munich team has almost doubled their first offer, a breakthrough is still pending. He recently reported Viewthat Gladbach’s expectations are in the range between eight and ten million, FCB would have actually reached this range.

Gladbach is still looking for an alternative in the event of a summer departure, and Jonas Omlin from Montpellier is still the number one candidate. An offer in France went loud sky however, not one so far.

Record national player and ex-Bayern professional Lothar Matthäus called on FCB not to let the summer transfer fail because of a million or two: “Bayern should think about their high goals and not be too stingy. In the end, this transfer is there a win for everyone involved,” he wrote in his column for sky. At the same time, he can understand that there is still a little haggling over the fee.

“Gladbach don’t have to insist on squeezing out every euro for a well-deserved player who only has a few months left on his contract,” he continued. Ultimately, Gladbach get “good and unexpected money for their goalkeeper of the future. Bayern a great keeper for the unfortunately injured Neuer and Sommer can fulfill his dream of winning titles after a great time at Gladbach.”

Regardless of the person, it is clear to Matthäus that the second half of the season “will not be easier for Bayern without Neuer. But I believe that Yann Sommer will come and that the best German club can at least survive both in Leipzig and against Paris.” However, Matthäus is such a big fan of Neuer that he cannot be completely replaced by Sommer either. If necessary, however, he believes that substitute Sven Ulreich can also fulfill this task. “He’s always played well when Manuel has been out lately and he has what it takes to be a great support for months on end.”

Malik Tillman is currently on loan from FC Bayern to Glasgow Rangers to gain match practice. The loan runs until the end of the season, but the 20-year-old offensive player does not want to give a forecast of how things will continue afterwards. “It depends on the club but also on Bayern. They have to communicate first,” said Tillman after the League Cup game against Aberdeen. Ultimately, he didn’t have to make the decision, he clarified.

Born in Franconia, he made 19 appearances in the Scottish league, scoring five goals and providing four assists. The regular player was also on the field five times in the Champions League. Tillman, who made his debut for the USA national team last summer, joined Bayern Munich when he was 13. So far he had not gotten past seven appearances for the professionals (164 minutes).

His contract in Munich runs until 2024, but the Scots have the option of signing Tillman for around seven million euros. FCB then has a buyback option. Glasgow head coach Michael Beale has already said he would like to keep the player.