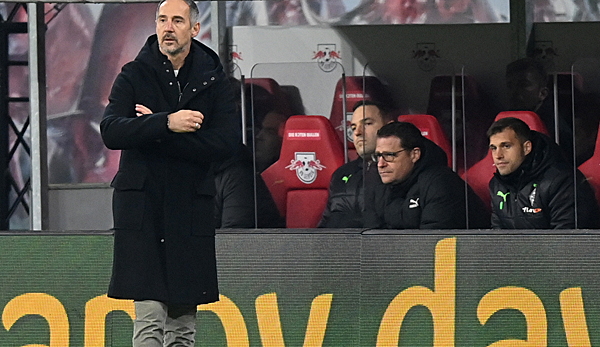 The 32nd Bundesliga matchday is still two games away from completion. You can follow one of them – to be precise, the match between Borussia Mönchengladbach and RB Leipzig – here in the live ticker.

Watch the game between Borussia M’Gladbach and RB Leipzig live – get your DAZN subscription NOW!

Because there were not enough police forces available on May 1st due to demonstrations, the Bundesliga duel with Borussia Mönchengladbach was postponed to today, Monday. You can find out who can secure the important points in the end of the season here in the live ticker.

Borussia Mönchengladbach vs. RB Leipzig: Bundesliga today in the live ticker – before the start

Before start: Can Borussia take revenge for the disastrous 4-1 defeat in the first leg? If you take a look at the form of both teams, you tend to come to the conclusion that Leipzig are the clear favorites again today. After all, the Saxons won seven of the last ten games and lead the second half of the table overall. Borussia, on the other hand, has been waiting for a win for a good three weeks. Most recently, on the 29th match day, they were successful against the bottom of the table from Fürth (0:2).

Before start: The Borussia Park in Mönchengladbach serves as the venue for the encounter. Kick-off is scheduled for 8:30 p.m.

Before start: Hello and welcome to the live ticker of the Borussia Mönchengladbach vs. RB Leipzig game.

The game between Borussia Mönchengladbach and RB Leipzig will be broadcast exclusively on the streaming service today DAZN be visible. However, in order to be able to access the transmission of the enterprise, you need the appropriate subscription. Such is currently available for the price of €29.99 per month or for the one-off amount of €274.99 per year.

In addition to all Friday and Sunday games in the first Bundesliga, you can see one DAZN-Membership also numerous games of the UEFA Champions League, the NBA, the NFL and much more. Here you can take out your subscription directly.

Anyone who already owns a DAZNsubscriptions can be taken directly to the relevant stream via this link. The start of transmission is scheduled for 8:00 p.m.

Borussia Mönchengladbach vs. RB Leipzig: Bundesliga today in the live ticker – the table on Monday of the 32nd matchday