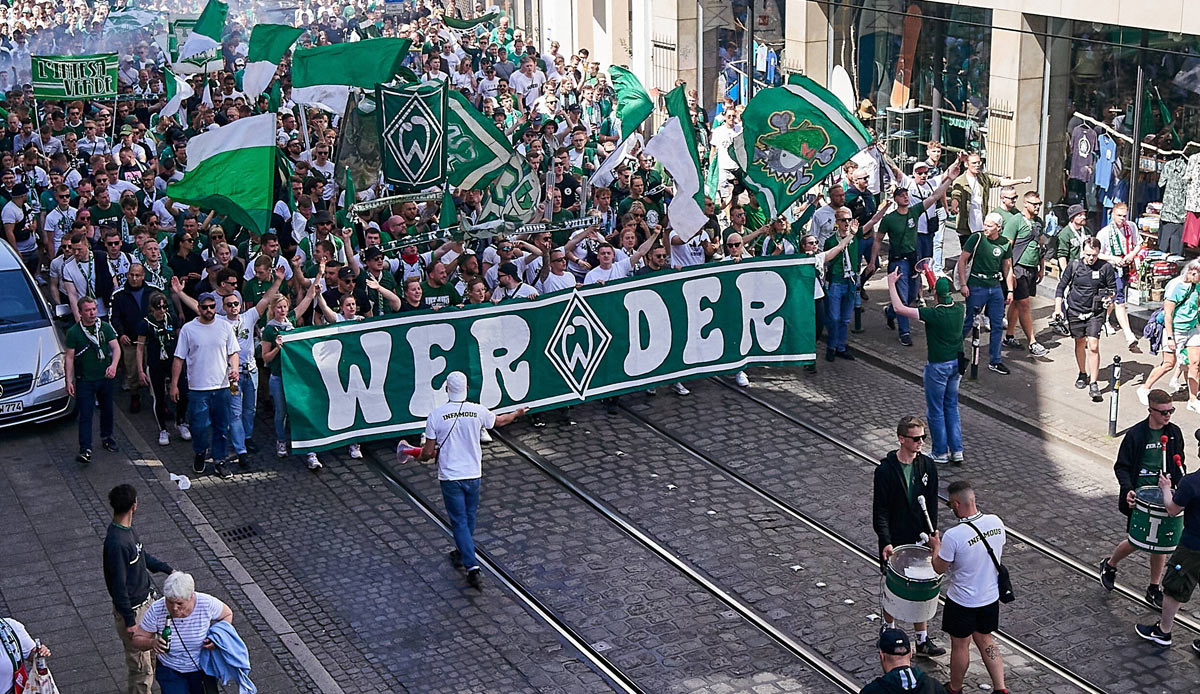 Measures taken by the police in Wolfsburg caused trouble in Wolfsburg on Saturday afternoon: As Werder Bremen announced, their own ultra groups therefore traveled back to Bremen before the game at VfL Wolfsburg.

“Although the game was classified as harmless by both clubs in the run-up, the police are carrying out intensive searches and personal identification, fans are being held and have no opportunity to move freely,” said Werder via Twitter. “Because of the police actions, Werder’s ultra groups decided to return to Bremen.”

The club reacted with “great incomprehension”: The departure of their own fans “also represents a clear competitive disadvantage for Werder.” One shows solidarity with one’s own fans and condemns the measures, according to the climber.

The Wolfsburg police said, also via Twitter: “For reasons of averting danger, a checkpoint was set up to prevent clashes between fan groups.” Also against dpa the police referred to the necessity of the searches.

The game between VfL Wolfsburg and Werder Bremen starts at 3.30 p.m. Here is our live ticker.