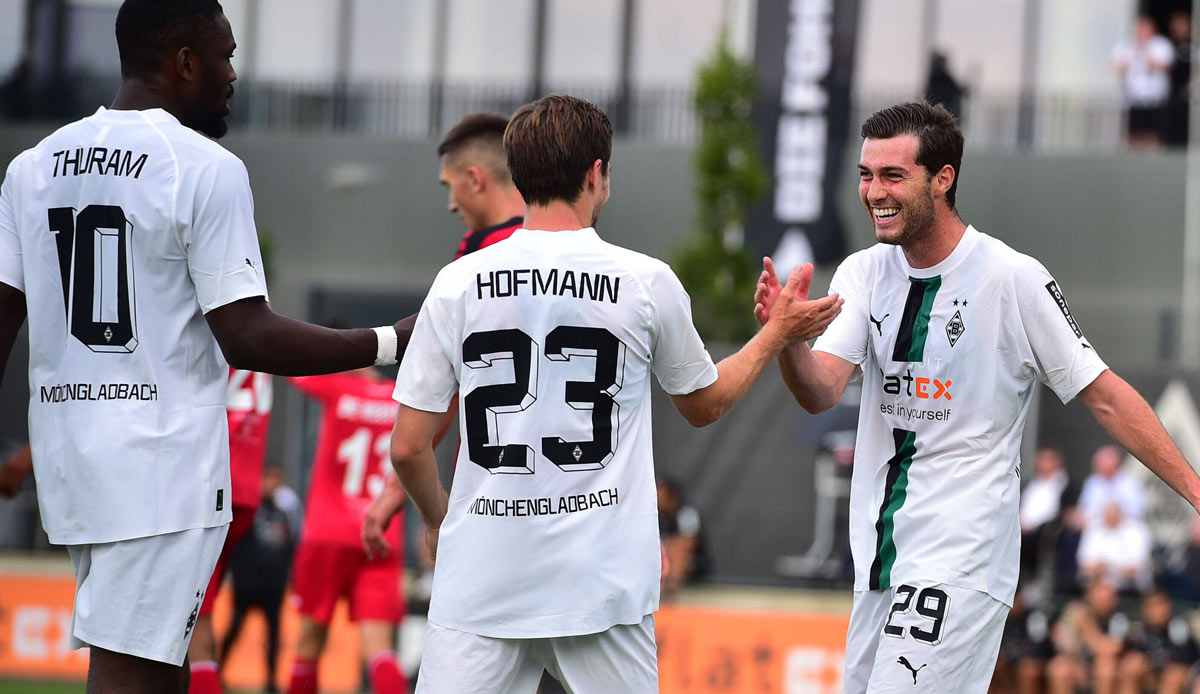 Back from the training camp at Tegernsee, Borussia Mönchengladbach also won the third pre-season friendly. Promoted Schalke 04 did not get beyond a draw in their first endurance test before the new Bundesliga season.

In the first round of the DFB Cup, the Foals travel to SV Oberachern on July 31, and the Bundesliga starts on August 6 with a home game against TSG Hoffenheim. On August 31, Viktoria Köln will meet record champions Bayern Munich in the first round of the cup and can look forward to a great crowd at Cologne’s RheinEnergie Stadium.

Schalke 04: zero number in the test

The Knappen parted ways 0-0 on Wednesday in the training camp in Austria from the Italian first division club US Salernitana around ex-Bayern player Franck Ribery. There was more going on off the field on Wednesday: Schalke presented their new main sponsor in the afternoon, and new signing Alex Kral was already approaching.

Four days after the weak performance in the Park Stadium, when coach Frank Kramer’s team lost to third division team SV Meppen (1:3), the newly promoted team was very stable defensively, but was again too harmless on offense.

FC Augsburg suffered their first friendly defeat in preparation for the new season. The team of the new coach Enrico Maassen lost 0:1 (0:0) to the Czech first division team Dynamo Budweis in the training camp in Austria.

FC Augsburg is also playing against one of the smallest clubs in the competition in the first round of the DFB Cup: The first competitive game will be at Oberliga club Blau-Weiss Lohne on July 31, followed a week later by the Bundesliga opener against SC Freiburg.

Most recently, Hoffenheim had already won against regional division club Astoria Walldorf (4-0) and second division club 1. FC Heidenheim (2-0). Breitenreiter’s team will play their first competitive game on July 31 in the DFB Cup against regional league club SV Rödinghausen, and they will then travel to Borussia Mönchengladbach for the league opener (August 6).

Bundesliga: Bochum revs up after a weak start

VfL Bochum deservedly won their first preparatory game at the training camp in South Tyrol after a weak start. Against the Italian Serie A promoted US Lecce, the team of coach Thomas Reis turned a 0: 2 into a 3: 2 (2: 2) victory.

Kevin Stöger (31st), Gerrit Holtmann (44th) and Silvere Ganvoula (64th) scored for Bochum just two minutes after being substituted on. Lorenzo Colombo put the Italians ahead in the early stages with a brace (13′, 16′).