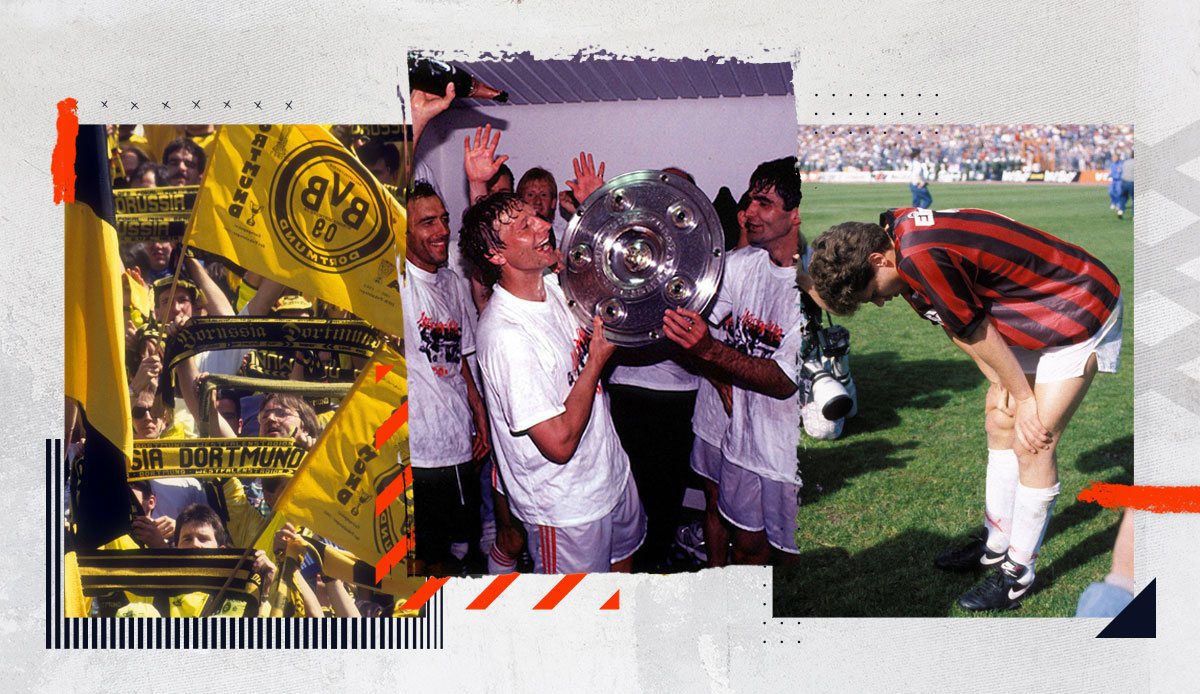 The new Bundesliga season begins on Friday. Again there is little indication of tension in the championship race. That was different in the past, for example in the 1991/1992 season. 30 years ago, VfB Stuttgart was crowned champion in a dramatic three-way battle with BVB and Eintracht Frankfurt on the final day of the match. A look back at a historical football thriller.