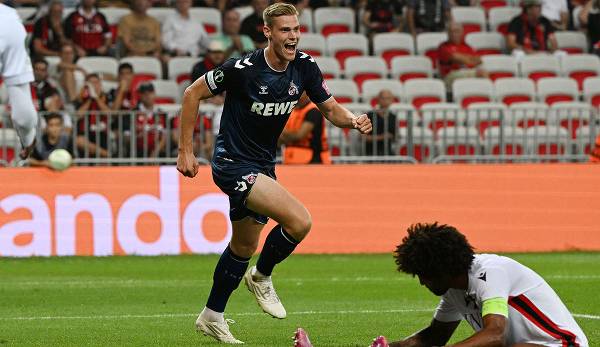 On the Sunday of the sixth day of the Bundesliga match, 1. FC Köln and Union Berlin will face off. In this article you will learn how you can follow the duel live on TV, live stream and live ticker today.

During the week, both teams were still active in international competitions, now they face each other directly in the Bundesliga. While 1. FC Köln did well with their performance in the 1-1 draw against AS Nice, Union messed up the opening game against underdog Saint-Gilloise (0-1).

However, the headlines this Thursday were dominated by events off the pitch. Before the start of the Cologne game, serious riots broke out between the fans of both clubs. According to preliminary figures, 32 people were injured and one person is still in critical condition. Christian Keller, managing director of 1. FC Köln, subsequently accused those responsible in Nice of not having taken the “extremely large number of tips” that had been given seriously.

But back to today’s events. The duel between Cologne and Union may not yet be able to look back on a very long history, but it is all the more one-sided. The Irons have won a total of five of the six meetings so far, and another ended in a draw. This means that the people of Cologne are still without a win against their counterpart from the capital. Will coach Steffen Baumgart’s team succeed in the novelty today?

The streaming service owns the exclusive broadcasting rights for the game between Cologne and Union DAZN. All information about access to the broadcast on TV and Livestream is available below.

To follow the match via live stream, you must be in possession of the DAZN-Be subscriptions. This currently amounts to EUR 29.99 per month or EUR 24.99 per month for an annual subscription. In addition to all Friday and Sunday games of the first Bundesliga, with a membership you can also see the majority of the current Champions League season as well as numerous games from American sports such as the NFL and NBA. All further information can be found on this page.

Anyone who already owns the DAZNsubscriptions, you can read the preliminary reports with moderator Laura Wontorra and reporter Sascha Bacinski from 2.45 p.m. today. About three quarters of an hour later, the commentator duo of Uli lever and Sebastian Kneissl finally took over at the start.

The matter is somewhat more complicated with regard to transmission on linear television. For this you must be in possession of a receiver of the brands Sky Q or GigaTV be. In these cases it can be done DAZN-Add a subscription to the regular program at a special price of 19.99 euros per month (annual rate). You can find out more here.

If you already meet all these requirements, you only have to register the transmitter DAZN2 call. The entire game can be seen here. Transmission begins at 2:45 p.m.

Another option is our in-house live ticker. Here we will keep you up to date in text form for the entire 90 minutes. Feel free to stop by.
Click here for the live ticker of the game 1. FC Köln vs. Union Berlin