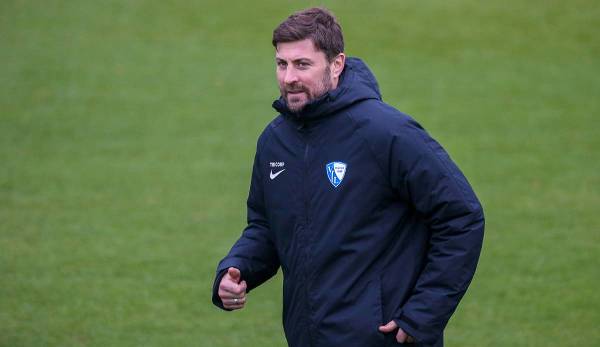 In the second Sunday game of the day, VfL Bochum meets 1. FC Köln in the Bundesliga. You can find out all the information about the broadcast of the match and where you can watch the duel on matchday 7 live on TV, live stream and live ticker today here.

Get a DAZN subscription and experience VfL Bochum vs. 1. FC Köln live!

This Sunday there are three games on the program in the Bundesliga. In the second game of the day, VfL Bochum welcomes 1. FC Köln. Will VfL Bochum turn things around today after Thomas Reis’ sacking?

The game between VfL Bochum and 1. FC Köln starts this Sunday, September 18, at 5.30 p.m. The Vonovia-Ruhrstadion in Bochum serves as the venue for the match on match day 7 of the Bundesliga.

The Thomas Reis era in Bochum has come to an end! VfL Bochum fired its long-time coach during the week, and the insecure team has now taken on Heiko Butscher as interim coach. Thomas Reis has been on the sidelines at VfL Bochum since 2019. With the promotion to the Bundesliga in 2021 and the sovereign relegation in the following year, VfL Bochum has experienced a successful time under the management of Thomas Reis. After six defeats at the start of the new Bundesliga season, those responsible in Bochum felt compelled to act. Today’s hosts finally want to celebrate their first win of the season in the Bundesliga against 1. FC Köln.

VfL Bochum does not have an easy task today with 1. FC Köln. 1. FC Köln managed to score nine points and two wins in this still young season and are thus solidly in midfield in the Bundesliga. During the week, today’s guests had to play in the Conference League. 1. FC Köln won the game 4-2 despite a playful two-goal lead against 1. FC Slovacko. On the other hand, 1. FC Köln suffered a narrow 1-0 defeat against Union Berlin in the Bundesliga last matchday. Are the exertions of the European Cup games at 1. FC Köln noticeable today?

You can watch the game between VfL Bochum and 1. FC Köln live today DAZN follow on TV and live stream. DAZN shows all Friday and Sunday games of the Bundesliga exclusively this season – including VfL Bochum vs. 1. FC Köln today.

on DAZN 1 you can see the broadcast of the game from 4.45 p.m. Presenter Tobi Wahnschaffe, commentator Marco Hagemann, expert Sascha Bigalke and reporter Ann-Sophie Kimmel are working for the sports broadcaster today. With the DAZNapp or your laptop in the browser you can also watch the match between VfL Bochum and 1. FC Köln live and in full in the live stream today. There you will also find the highlights of all Bundesliga games of the 7th matchday.

A subscription to DAZN costs EUR 29.99 per month or EUR 274.99 per year. In addition to the Friday and Sunday games of the Bundesliga shows DAZN also the Champions League, Ligue 1, Serie A, the Primera Division, tennis, handball, the NFL, the NBA and many other highlights from the entire sports world.