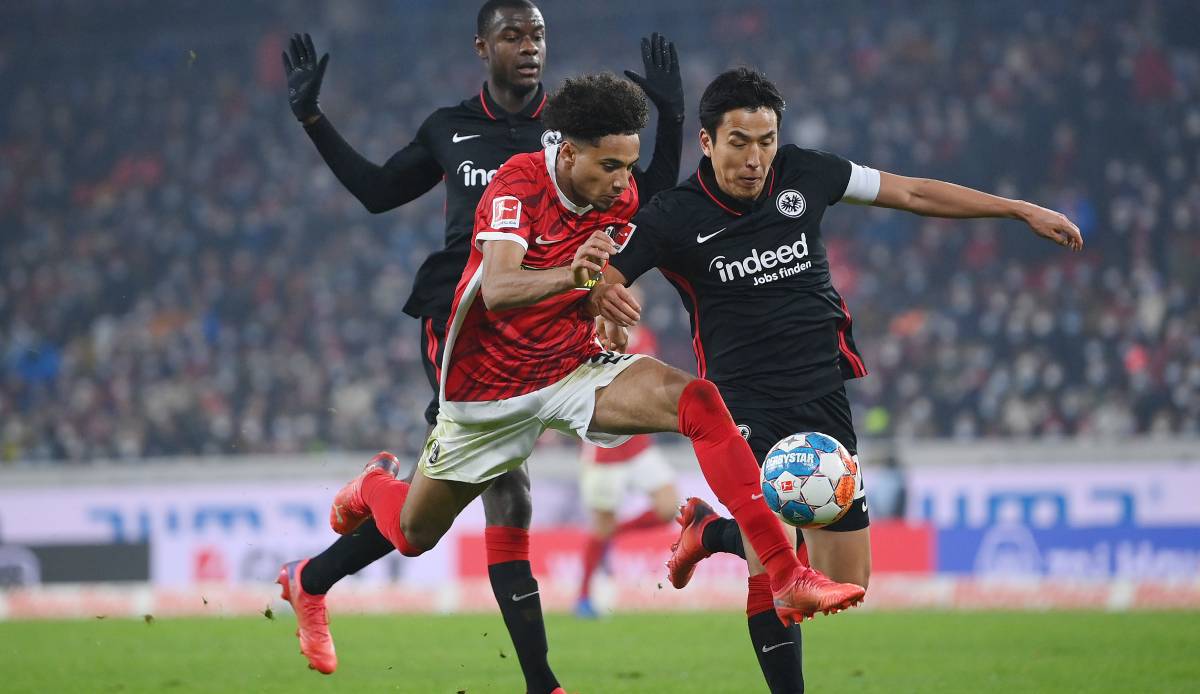 On the 29th match day of the Bundesliga, Eintracht Frankfurt and SC Freiburg are dueling today. We’ll tell you here where you can experience the game live on TV, live stream and live ticker.

After the furious performance during the week against FC Barcelona in the quarter-finals of the Europa League, everyday life in the league is on the agenda for Eintracht Frankfurt today. How does Oliver Glasner’s team cope with the hardships during the week?

The clash between Eintracht Frankfurt and SC Freiburg begins this Sunday, April 10, at 5:30 p.m. The venue of the game is the Deutsche Bank Park in Frankfurt.

Eintracht Frankfurt will certainly come to the duel against SC Freiburg with some self-confidence. In the first leg of the quarter-finals in the Europa League against FC Barcelona, ​​Frankfurt drew 1-1. However, Oliver Glasner’s team did not perform as well against the bottom team from Fürth in the Bundesliga last weekend and lost some ground in the fight for places in the European Cup. Today, Eintracht has to face SC Freiburg against a direct rival in the fight for Europe. With a win, the SGE could move up to three points from Freiburg.

The week was also turbulent for SC Freiburg. After the 4-1 defeat against FC Bayern Munich, SC Freiburg appealed the result because the record champions had been on the pitch with twelve men. The DFB rejected the appeal a few days ago, the result of the game stands. Despite the defeat against FC Bayern Munich, SC Freiburg is currently in a brilliant position in the table. With 45 points, Christian Streich’s team is in the middle of a fight for a place in the European Cup – SC Freiburg can even reach the Champions League. Three points today against the direct competitor from Frankfurt would bring the dream of Europe closer.

BVB strokes of luck, diva, flash in the pan: the most expensive transfers 20 years ago

Today’s game between Eintracht Frankfurt and SC Freiburg shows DAZN today live and exclusively on TV and livestream. From 5 p.m. you can see the preliminary reports on the game DAZN 2. The game then starts at 5:30 p.m. Freddy Harder is the moderator. The game will be for DAZN commented by Lukas Schönmüller and Ralph Gunesch. Max Siebald is the on-site reporter.

Shows live and in full DAZN the game also in the live stream, which you via the DAZNapp or your laptop in the browser. DAZN In addition to the Bundesliga games on Friday and Sunday, it also shows Serie A, Ligue 1, the Primera Division, the NBA, the NFL, boxing, tennis, MMA and many other sports highlights. A subscription to DAZN costs EUR 29.99 per month or EUR 274.99 per year.

SPOX Follow the match between Eintracht Frankfurt and SC Freiburg for you in the live ticker. So you don’t miss anything of the spectacle on the pitch.

Click here for the live ticker for Frankfurt vs. Freiburg.