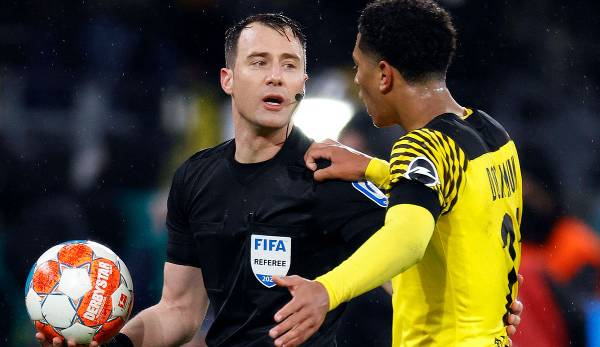 The German classic is back! In the top game on Saturday, FC Bayern Munich welcomes the team from Borussia Dortmund. Here you can find out how you can follow the match live on TV, live stream and live ticker today.

Will the title race be decided today? With a total of nine points ahead of BVB in second place, Munich now have the opportunity to clinch their tenth championship in a row early. A draw is enough for the team coached by Julian Nagelsmann.

For BVB, on the other hand, the game is the last chance to stand up to FC Bayern. A task that the Westphalians have managed moderately well in recent years. Of the last ten meetings between the two clubs, the black and yellow have lost nine times. The last win was in November 2018.

Like all Bundesliga games on Saturdays, the top game between FC Bayern and Borussia Dortmund will be broadcast live and exclusively by the company sky transfer. All information about the necessary subscriptions and the broadcast times can be found below.

To watch the match on straight TV you need one of the Bundesliga packages from sky. At this point in time, the cheapest tariff, with all Saturday games in the first Bundesliga and all games in the second Bundesliga, is €26 per month for an annual subscription. If you also want to see all Formula 1 sessions and any Premier League matches, you have to accept an additional charge of €6. You can get an overview of the various offers on this page.

The game is even transferred to two sky-Channels at the same time: From 5.30 p.m., customers can watch the channels Sky Sport Bundesliga UHD or Sky Sport Bundesliga 1 HD call. Commentator Wolff Fuss will then guide you through the preliminary reporting before the kick-off sounds a good hour later.

Holders of the sports/Bundesliga package described above also receive access to the app in addition to their tariff SkyGo. All purchased content can be easily streamed via this – and at no extra charge.

An alternative to this is the platform sky ticket dar. The available there super sport ticket allows you to watch all sporting events sky currently available to watch live on the app or via the website. The cost point for a monthly subscription is €29.99. Incidentally, all those who opt for the annual contract right away can enjoy the reduced price of only €19.99 per month. However, the discount is only available for a short time.

Also who about no skysubscription has the opportunity to be there live. This is made possible by our in-house live ticker. Thanks to the minute-by-minute updates, you will always be up to date.

Click here for the live ticker of the game FC Bayern vs. BVB