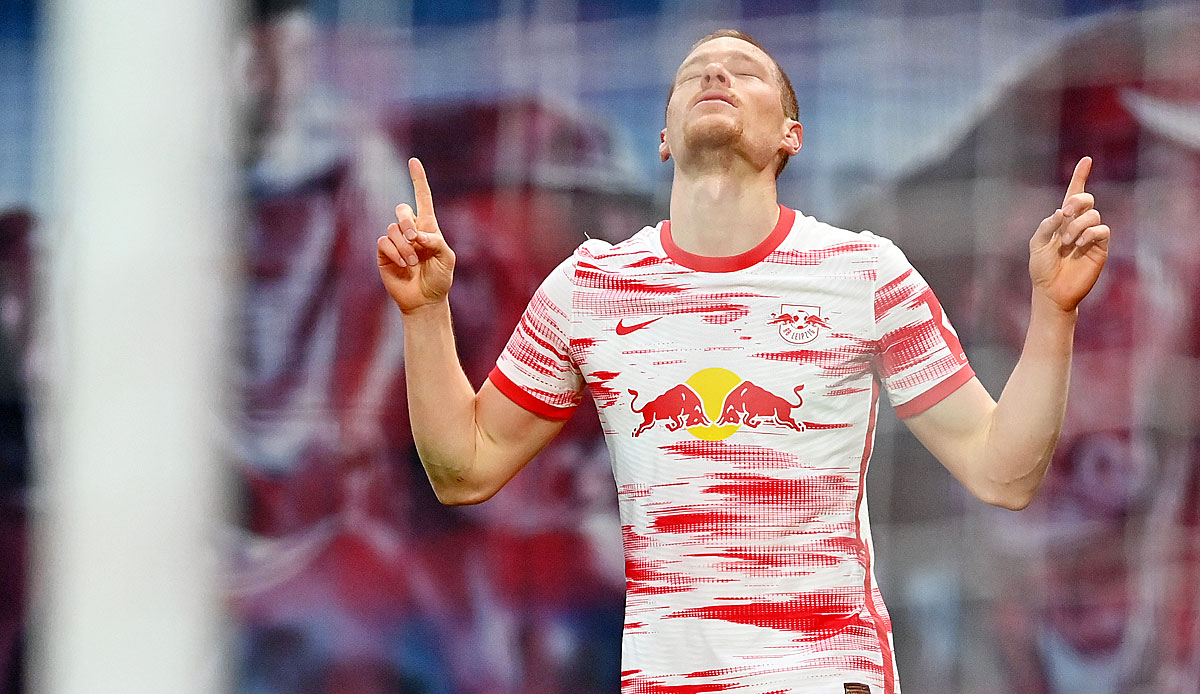 At the end of the 29th matchday, RB Leipzig and TSG Hoffenheim meet in the Bundesliga today. Here we tick the game in full length for you.

RB Leipzig and TSG Hoffenheim conclude the 29th Bundesliga matchday today. Can Leipzig expand its strong second half record? You can find out that and everything else about the game in our live ticker.

24. | Next good opportunity for the hosts. Halstenberg finds Mukiele in the right half of the penalty area with a free kick cross from the left half of the field. The Frenchman takes the ball directly and forces Baumann to save in the near corner.

22. | Sure, there was a decent amount of luck involved in the goal. But Leipzig is also working on this. The leadership is well deserved.

20. | gooooooool! RB LEIPZIG – TSG 1899 Hoffenheim 2:0. It’s going for the home side. Laimer drives the ball in the direction of the opposing penalty area and actually puts the ball too far in front of him. Nordtveit tries to clear, but shoots against Laimer’s shin, from where the ball flies into the left side of the box. There Halstenberg takes the ball directly and slams it down to the right of the post. No chance for Baumann.

18 | Szoboszlai in particular shows that he wants to seize his chance. The Hungarian beats good crosses into the box and thus causes problems for Hoffenheim. There is applause from Tedesco.

16. | Leipzig is having fun and isn’t building the hoe into the combination game for the first time. The audience likes it.

14. | Hoffenheim haven’t come in properly yet. The Kraichgauers are too far away from their opponents and cannot get into the duels. It all still seems very shaky.

12. | Stiller wants to put the ball past Orban and is hit in the ankle by Hungary. Dankert didn’t see that, the whistle stayed silent. That would have been a good free-kick position for the visitors.

11. | A tailor-made start for Leipzig, of course, which is now resting. The ball runs neatly through its own ranks.

8. | Madness this Nkunku. The Frenchman now has 17 Bundesliga goals and 13 assists after his goal. In addition, there are thieves in the Champions League and two assists. Wow.

5. | gooooool! RB LEIPZIG – TSG 1899 Hoffenheim 1:0. The goal counts. Szoboszlai crosses from the right half-field to the edge of the penalty area, where Nkunku takes the ball, lets Kaderabek out with a hook and shoots from 15 meters inside the right into the bottom right corner. Baumann has no chance.

5. | However, the decision is not final yet. Dankert radios to Cologne, the VAR takes a close look at the scene.

5. | The ball fidgets in the Hoffenheim net for the first time because Nkunku put it there. However, the Frenchman was just offside when Szoboszlai set up a free-kick. The assistant’s flag immediately goes up.

3. | The stands in Leipzig are full, even if a few seats in the Red Bull Arena remained empty.

RB Leipzig vs. TSG Hoffenheim: Bundesliga in the live ticker – before the start

Before start: Let’s take another look at the referee team. Bastian Dankert is the referee in charge, assisted by Arne Aarnink and Martin Thomsen. The fourth official is Jan Clemens Neitzel-Petersen, and Benjamin Cortus is the VAR.

Before start: For RB, things are going like clockwork nationally – and not just because of the outstanding 4-1 win at Borussia Dortmund last matchday. In total, Leipzig have been unbeaten in seven games, winning five of these duels and scoring 20 goals. Not a bad yield.

Before start: Leipzig vs. Hoffenheim is a duel for the European Cup places. The fourth in the table welcomes the sixth in the table, who can jump to within a point of Leipzig with a win. The Saxons, on the other hand, want to use Bayer Leverkusen’s “blunder” (0-0 in Bochum) to close the Werkself down to one point.

Before start: At Sebastian Hoeneß there are four changes compared to the 2-1 draw in the home game against VfL Bochum last matchday. Among other things, the entire chain of three will be replaced, Grillitsch (injured), Akpoguma (yellow card suspension) and Vogt (yellow card suspension) will be replaced by Posch, Nordtveit and Richards. Rutter is also there for space (banned from yellow).

Before start: Domenico Tedesco made five changes to his starting eleven compared to the 1-1 draw in the Europa League against Atalanta Bergamo: Klostermann, Henrichs, Angelino, Olmo and Silva make way for Simakan, Mukiele, Halstenberg, Szoboszlai and Forsberg. Nkunku assumes the position of the Assault Assault.

Before start: The lineups are there. This is how the teams will line up:

Before start: For RB Leipzig there is a direct duel between fourth and sixth place against TSG Hoffenheim. The best second half team from Leipzig can take the next big step towards Champions League qualification with a win. Hoffenheim still has this in mind. However, TSG must end their negative trend of two defeats in a row.

Before start: Hello and welcome to the live ticker of the Bundesliga game between RB Leipzig and TSG Hoffenheim.

RB Leipzig vs. TSG Hoffenheim: Bundesliga today in the live ticker – the line-ups

DAZN shows the game between RB Leipzig and TSG Hoffenheim today exclusively from 7 p.m. on dazn.com or via the DAZNapp as well as the linear TV channel DAZN 1 on TV and live stream.

the following DAZN-Personnel is on duty for you before, after and during the game:

A DAZN monthly subscription, which can be canceled at any time, costs EUR 29.99 a month, and a one-off annual subscription EUR 279.99.

Bundesliga: The table on matchday 29