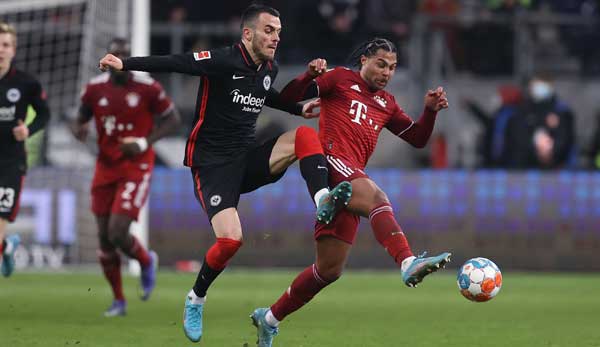 The 2022/23 Bundesliga season is still a long way off, but the schedule is already set. SPOX provides you with the most important dates of the upcoming season.

None of the Bundesliga clubs have started their preparatory phase yet, but the German Football League (DFL) already published the schedule for the upcoming 2022/23 Bundesliga season today, Friday, June 17th. Who is playing against whom on which match day? This question is therefore considered answered.

Bundesliga schedule 2022/23: the most important dates

The question of the opening game, which promises to be an absolute spectacle, has also been answered: On Friday, August 5th, the 2022/23 Bundesliga season will start with the cracker between the reigning champions FC Bayern Munich and the Europa League Winner Eintracht Frankfurt opened. The game will be played in Frankfurt’s Deutsche Bank Park, kick-off is at 8.30 p.m. On the same first matchday, runners-up Borussia Dortmund and Bayer Leverkusen, who came third in the table last season, also face each other.

Other top games involving BVB in the course of the competition are the clashes with FC Bayern on the 9th and 26th matchdays. Above all, however, the black and yellow fans will be looking forward to the two district derbies with Bundesliga returnees FC Schalke 04, who are finally back in the game calendar of the top German division after a year’s break. These are completed in the 7th and 24th game rounds.

It is also important to note the winter break this season, which will be a lot longer than in previous seasons due to the World Cup in Qatar (November 21 to December 18). The last league game before the World Cup will be played on November 13 at the end of the 15th day of play. Gaming will only resume on January 20, 2023. The 34th and final matchday is scheduled for May 27th. As usual, all 18 teams will be in action at the same time.

Bundesliga schedule 2022/23: The 1st matchday at a glance

For FC Schalke 04, the new season in the Bundesliga begins with a duel against 1. FC Köln, while Werder Bremen, who have just been promoted, face VfL Wolfsburg on the first matchday.

Bundesliga starts with fireworks: You shouldn’t miss these 10 duels

Bundesliga schedule 2022/23: The 2nd matchday at a glance

On Matchday 2, FC Bayern will meet again with their former coach Niko Kovac, who is in charge of VfL Wolfsburg for the new season.