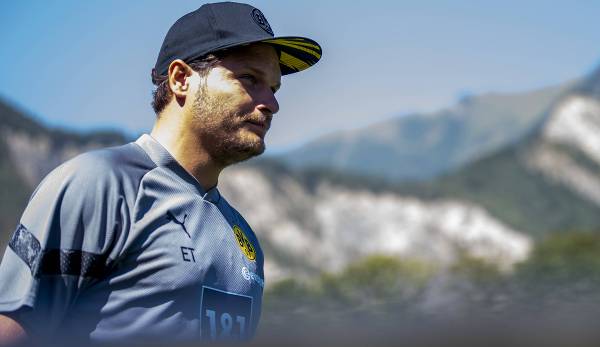 After the resounding success in the previous season (sic!), we looked into the crystal ball again before the start of the 60th Bundesliga season – and made daring forecasts: The preview theses for the 2022/33 season from the editors of SPOX and GOALS.

With 35, 41 and 34 goals in the last three seasons, Robert Lewandowski was not only Bayern’s top scorer, but also regularly the top scorer in the Bundesliga by a wide margin. These goals are missing now, but coach Julian Nagelsmann and the FCB bosses have already taken all of this into account.

The absence of the two-time world footballer must be caught collectively. In Sadio Mane they have also signed an absolute top striker on the transfer market. Even if Mane doesn’t have the same goalscoring qualities as Lewandowski, Munich can certainly expect a few goals from the Senegalese.

The newcomer from Liverpool celebrated a successful debut in the 5-3 victory over RB Leipzig in the Supercup with his first competitive goal (and two nice goals from offside positions). A familiar one was still somewhat overshadowed by the new: Serge Gnabry. The 27-year-old also scored his goal, but went under a bit alongside Mane and the outstanding Jamal Musiala.

With the contract extension behind him, however, Gnabry can certainly be expected to take another big step this season and even become Bayern’s top scorer ahead of Mane. In Nagelsmann’s favored 4-2-2-2 system, the national player’s new role as part of the double leadership should suit him well.

This is shown by his appearances for the DFB-Elf. Especially under ex-national coach Joachim Löw, he had often played centrally – with a remarkable yield. Of his 20 goals for Germany (in 34 games), he scored nine as a centre-forward. There are also four of his eight assists. He had already proven his class in the center of attack at his previous stations in Hoffenheim and Bremen.

Nobody should expect 40 goals from Gnabry in the coming season, that would be simply presumptuous. In view of his abilities, however, it is quite realistic that he will end up with 22 or more goals.

BVB stumbles in its own oasis of well-being

At Borussia Dortmund almost everything is romantic at the moment. And that’s how it should be. It is the legacy that Jürgen Klopp left behind. A football fairy tale that was always updated with all the ups and downs – until he was gone, the protagonist. Since then, BVB has been mourning almost continuously. No one is like him anymore, but everyone has to be measured by him and his successes.

The great hope after Marco Rose’s awkward dismissal: Edin Terzic. A Dortmund boy who once stood in the curve himself. One who knows how to inspire with words and who, with his charisma, takes the fans back to one of the most successful times in the club’s history.

In the end, however, Borussia Dortmund will again be confronted with harsh reality in its black and yellow fairytale world. During his first term, Terzic convinced more with charisma and words than with a basic football idea that gets the full potential out of the team.

The cup victory overshadowed many things and created a myth that has endured to this day. It is quite possible that Terzic is more successful than Rose. He should be with this significant squad upgrade. But in the end it won’t be enough for a title. Dortmund needs friction and encouragement, but not a fairytale world. Will Terzic succeed in breaking through the oasis of well-being? For that he has to show a lot more than in the past.

In the Bundesliga, Dortmund will have a lot more to do with putting Leipzig and Leverkusen at a distance than being able to squint at Bayern. And in the DFB Cup, you always need a little bit of luck.