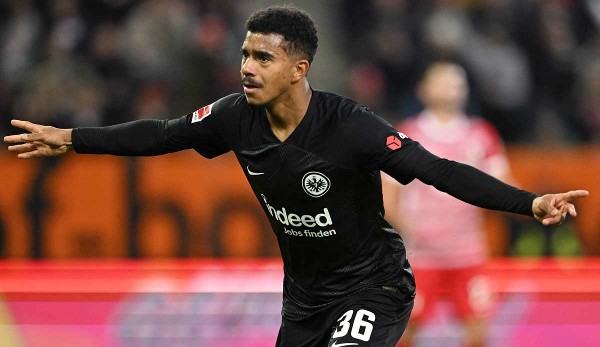 Ansgar Knauff, who was loaned out to Eintracht Frankfurt, is expected to return to BVB in the summer. However, the transfer request from Mohammed Kudus threatens to burst. And: Dortmund has a new assistant coach. The news and rumors about BVB.

More news about BVB from the past few days:

Ansgar Knauff is said to play a key role in Borussia Dortmund’s plans for the coming season. That reports the WAZ.

Dortmund’s coach Edin Terzic thinks highly of the 20-year-old who is currently on loan to Eintracht Frankfurt. The Hessians, on the other hand, would like to keep the winger beyond the season.

How Knauff plans his future should also be decisive. In the spring there should be talks about his perspective at Borussia Dortmund. Knauff is under contract with BVB until 2024. In the current season he scored one goal and two assists in 17 games for SGE.

Mohammed Kudus, who attracted attention in the jersey of the Ghanaian national team at the World Cup, was on Borussia Dortmund’s wish list even before the tournament. But after his strong performances in Qatar, the international competition has also become aware of the offensive player from Ajax Amsterdam.

According to picture Kudus is said to have aroused interest, especially in the Premier League. Due to the financially stronger clubs from England, Ajax’s transfer fee could skyrocket, and a possible move to Dortmund is therefore in danger of bursting.

In addition, BVB has a new guideline for player contracts, which already makes an extension with Youssoufa Moukoko difficult. Kudus could therefore also earn a significantly higher salary in England.

But Dortmund still have an ace up their sleeve when it comes to courting Kudus: Otto Addo. The BVB talent trainer looked after the Ghana national team at the World Cup and therefore knows Kudus very well.

BVB has found a replacement for assistant coach Peter Hermann, who has resigned for health reasons: Armin Reutershahn will now support head coach Edin Terzic as assistant coach at Borussia Dortmund. Reutershahn initially signed until the end of the season.

“Armin Reutershahn is a renowned, very experienced football expert who has worked with coaches such as Julian Nagelsmann, Niko Kovac and Adi Hütter throughout his long career and has always strived for maximum success,” said sporting director Sebastian Kehl. “We are convinced that his skills and experience will enrich our coaching team and help us achieve our goals for the season.”

Reutershahn was most recently employed by Adi Hütter at Borussia Mönchengladbach. The 62-year-old has been without a club since Hütters left in May 2022. In 2018, Reutershahn won the DFB Cup under Hütter with Eintracht Frankfurt.

“Borussia Dortmund stands for football tradition and enormous enthusiasm. I’m really looking forward to BVB, working with head coach Edin Terzic and I’m sure that we’ll be talking about a successful season at the end of the season,” said Reutershahn.