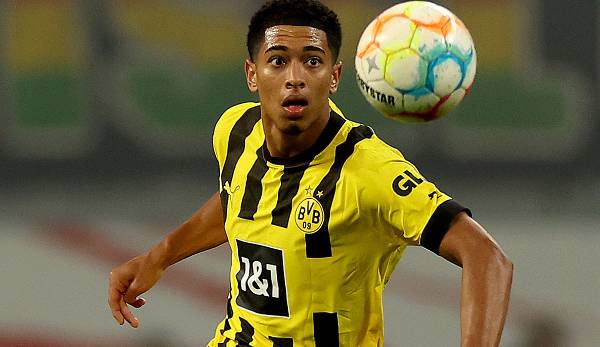 Stefan Effenberg has criticized Jude Bellingham. FC Barcelona seems to be putting out feelers to Youssoufa Moukoko. Also included: The plan with Marco Reus. Here you can find news and rumors about BVB.

More news about Borussia Dortmund can be found here

Like the Spanish newspaper Sports reported that FC Barcelona are interested in Youssoufa Moukoko from Borussia Dortmund. Accordingly, the 17-year-old attacker is to be set up by the Catalans as the successor to the now 34-year-old Robert Lewandowski.

However, according to the report, Juventus Turin, Real Madrid and Liverpool FC are also keen on the services of the Cameroonian, who is also a candidate for the World Cup for national coach Hansi Flick.

Moukoko’s contract expires at BVB in 2023. He has scored six goals in 20 competitive games this season and set up six more goals.

Disputes arose over Jude Bellingham in Dortmund’s 3-0 win over VfL Bochum on Saturday. The 19-year-old tangled with Mats Hummels during the game.

“Basically, you should listen to the older, experienced player when he says something and not give any arguments – especially not on the field,” said former international Stefan Effenberg in his column sports1.

Effenberg also brought up a BVB block in the central defense of the German national team for the World Cup. The 54-year-old is convinced by Niklas Süle, Mats Hummels and Nico Schlotterbeck.

“If Hansi Flick nominates Hummels for the World Cup, then the trio is also an alternative for the national team. They have worked together and become more compact over the course of the season,” said Effenberg.

BVB, News: Will Reus make it to the World Cup?

Marco Reus made his comeback against Bochum when he came on as a substitute in the 67th minute. But will the 33-year-old be fit enough to play at the World Cup in Qatar?

“We’ll be able to increase the intensity and duration of exertion every day,” said coach Edin Terzic. “Then we’ll decide how long it will last against Wolfsburg on Tuesday.”

It is now important that Reus remains pain-free and can continue to collect minutes, said Terzic: “You will see the rest.”