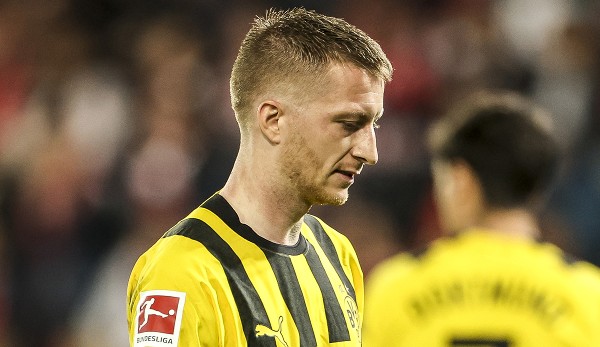 Marco Reus wants to show a different face with Borussia Dortmund in the second half of the season. In addition, the 33-year-old talks about his bitter end at the World Cup in Qatar. Also: Youssoufa Moukoko apparently demands a special clause for his contract. You can find all the news and rumors about BVB here.

In Marbella, BVB is currently preparing for the upcoming second half of the season. If Marco Reus has his way, Borussia Dortmund will show a different face there than was the case for large parts of the first half of the season. “We have to catch up from behind from the first game, there are no excuses,” the 33-year-old told the table football.

However, Reus cannot explain why BVB keeps falling behind. “If I knew, we would stop it straight away. So many things happen in the game, you fall behind or don’t get on well. But that shouldn’t affect your inner strength and team spirit,” continued the offensive player.

Nevertheless, the 33-year-old believes that “the many returnees are very important for us, give us more breadth and quality in the squad, and fuel competition.”

In the first half of the season, Borussia Dortmund only collected 25 points from 15 games. The black and yellow are only sixth in the table – nine points behind leaders and permanent rivals Bayern Munich.

In addition to the upcoming second half of the season, Reus also spoke about missing a major tournament with the German national team. “The talks with Hansi Flick hurt when you finally say that it doesn’t make sense and isn’t enough. Then you have to put your focus back on getting fit anyway,” Reus told him table football.

Although he can now deal with it better due to past disappointments, “it still hurts a lot every time. It’s no different for me. But I’m a positive person and I’m happy that I have the opportunity again to be on the pitch and with to train the boys,” said the BVB offensive player.

Reus had missed the World Cup in Qatar due to injury. After the 2014 World Cup and the 2016 European Championship, this is the third major tournament that he was unable to play due to injuries.

Despite weeks of negotiations, Borussia Dortmund and Youssoufa Moukoko have not yet been able to reach an agreement on a new contract. Like the Spanish Sports now reported that the national player wants to keep a back door open for top clubs in the event of an extension.

Accordingly, Moukoko insists on an exit clause if he extends his contract, which expires in the summer. The 18-year-old would still have the opportunity to switch to certain clubs. As an example, the Sports FC Barcelona without mentioning the amount.

According to the report, the Catalans have a good chance of signing Moukoko should he decide to leave. Barca have already held talks with the striker’s side.

One of the reasons for Moukoko’s hesitation is said to be his high demand for earnest money, which BVB is apparently not willing to accept. This payment would beckon the World Cup driver in the event of a free transfer. According to the picture Dortmund would have offered him just over ten million euros, but Moukoko has so far refused to sign.