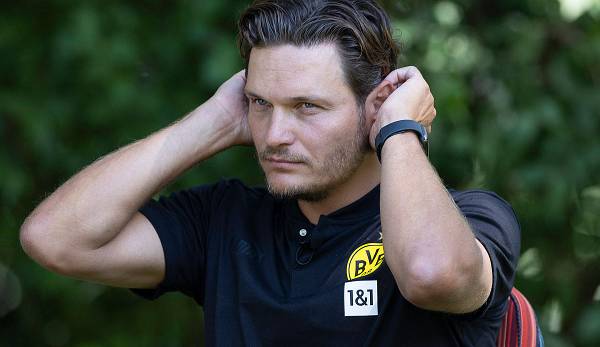 After newcomer Sebastien Haller was diagnosed with a testicular tumor, coach Edin Terzic finds himself in a quandary. Prof. Dr. Med. Klaus-Peter Dieckmann recognizes a “medical omission” in the Bundesliga. Here you can find news and rumors about BVB.

BVB, News: Terzic in a bind after the Haller shock

After newcomer Sebastien Haller was diagnosed with a testicular tumor, coach Edin Terzic finds himself in a quandary.

“It’s a fine line,” Terzic said sky: “On the one hand, I’m a human being and of course I was totally shocked when I heard this news. But on the other hand, I’m also the leader of this group and I’m sure that from next Friday, no one will pay any more attention to this story will take.” Then the season begins for Dortmund with the game in the DFB Cup at third division team 1860 Munich.

Despite everything, it will soon only be about performance and results, emphasized the 39-year-old. And then BVB wants to appear with a different mentality than in the recent past. He himself wants to set an example: “If you set an example, see it every day, feel it, every day, then you no longer have to switch it on at the push of a button on the day of the game, you have to call it up.”

Prof. Dr. Med. Klaus-Peter Dieckmann, medical director of the testicular tumor center at the Asklepios Clinic in Hamburg, has criticized the lack of urological examinations during medical checks by soccer professionals: “They usually pay attention to muscle performance, but not to these urological things, especially the testicles in young men you should definitely pay attention to it,” he said SID: “I would personally call that a medical oversight.”

Recently, the findings had accumulated in the Bundesliga. Marco Richter will not be available for training at Hertha BSC for the time being due to a tumor operation, Timo Baumgartl from Union Berlin is hoping for a quick comeback after his illness. BVB newcomer Haller is still waiting for the final diagnosis after finding a testicular tumor.

According to Dieckmann, there is no connection between sport and testicular cancer. “When men get cancer at this age, between 20 and 40, it is almost always testicular cancer. It is therefore not surprising that Bundesliga players are affected,” explained Dieckmann. The fact that there have recently been several cases in a very short time is “a coincidence”.

According to Dieckmann, the course of testicular cancer depends on the stage of the disease. “If the cancer has already metastasized, then of course more intensive therapy, such as chemotherapy or surgery, is required.”

Terzic has to prepare his team for the first competitive game for the sporting consequences of the absence of top striker Sebastien Haller: “We will implement a few things in training to prepare for everything.”

For this he brought the U23 striker Bradley Fink to Bad Ragaz at short notice. Dortmund start the league at home against Bayer Leverkusen (6 August).