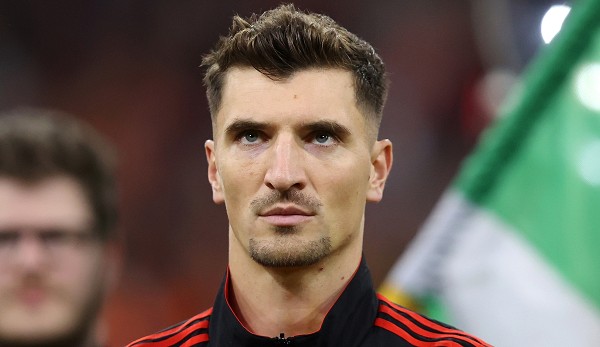 Borussia Dortmund right-back Thomas Meunier avoids a clear statement on the situation in Qatar because he benefited from it at his former club. Nevertheless, he made a small statement. Hans-Joachim Watzke wants to bring Michael Zorc back to BVB. All news and rumors about the black and yellow can be found here.

Here you can find more news about BVB from the previous days:

Right-back Thomas Meunier spoke in an interview with the French L’Equipe on Qatar, but avoided an assessment. The reason: he himself played for Paris Saint-Germain for four years and benefited from Qatar’s financial investments there. “I’m in a difficult position there,” said Meunier. “I knew that when I signed my contract with PSG.”

So he was neutral. “I can’t spit in the soup and say ‘The Qataris are assholes’. I can’t afford to take a stand,” admitted Meunier. However, he made his position on the World Cup clear: if he had had to make the decision to boycott himself, he would have chosen to compete in Qatar.

He sees the situation differently with the “One Love” bandage: “That’s a pity. We wanted to use the bandage, we agreed that among ourselves,” he explained, “we all know how things are here. But we also know them Rules. There are many differences between here and European culture. We have to accept that.”

But Meunier made a small statement: “If we wanted to do everything right, we wouldn’t have come to Qatar at all.” But it’s too late for that now. “Qatar and FIFA are working together. European federations have accepted FIFA’s decision,” he said.

Left-back Nico Schulz still has no future in Dortmund. Big winter transfers are “not our plan”, reported Sebastian Kehl at a general meeting at the weekend. But a sale of Schulz is still being considered. After no buyers were found in the summer, it is also an issue for the winter, they report Ruhr news.

The problem: The current salary level of the left-back, who came from TSG Hoffenheim for a reported 25.5 million euros. “Sometimes even a free transfer isn’t enough,” admitted Hans-Joachim Watzke, without referring specifically to Schulz. According to the report, the ex-national player earns up to six million euros a year.

Less than six months ago, Michael Zorc left Borussia Dortmund. But BVB managing director Hans-Joachim Watzke would like to have the manager legend of Borussia back in Dortmund. As the sports picture reported, Watzke is said to have a place in the supervisory board for Zorc in mind.

An official offer from Watzkes is planned for the coming summer. Until then, Zorc enjoys his private life – on golf courses, on Mallorca and traveling around the world with his wife. So far, Zorc has stayed completely out of BVB’s day-to-day activities.