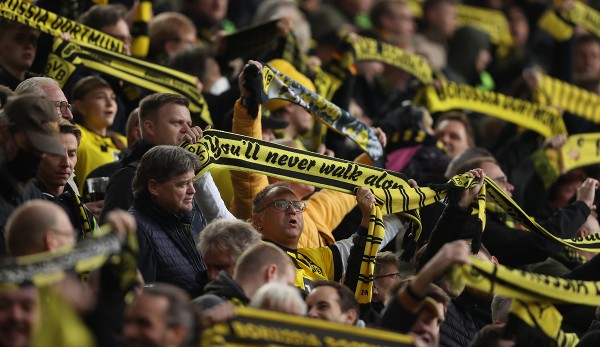 Borussia Dortmund loses its status as a spectator Croesus. Also: BVB is remodeling the Signal Iduna Park. You can find all the news and rumors about BVB here.

Borussia Dortmund has been replaced as the team with the highest average attendance at home games. Like the portal transfer market reports, Manchester United’s Old Trafford overtook Signal Iduna Park as the stadium with the most crowds last year.

The Premier League club attracted an average of 73,690 fans in 2022, while BVB only had 62,894 spectators. Dortmund are only third in the international rankings, with FC Barcelona’s Camp Nou in second place with an average of 71,564 visitors.

The reason Dortmunders slipped was the relatively strict corona regulations in Germany at the beginning of the year. While the stadiums in the English Premier League were already fully booked in January, BVB had to play in front of an average of almost 750 spectators.

Borussia Dortmund uses the free time during the winter break to make changes at Signal Iduna Park. As the Ruhr news report, a total of four new video screens will be installed. In addition, there should be better and more visible traffic routing in the direction of the stadium and a conversion in the catering area.

“Some of the innovations should be ready for use by the Augsburg game at the end of January,” explained Dortmund’s organization director Dr. Christian Hockenjos opposite the newspaper.

There is an urgent need for action, especially when it comes to catering, Hockenjos continues. “Logistically we are at our limit, we have to serve 80,000 thirsty and hungry people at home games within a short time.”

Around three million euros have been calculated for the expansion of the BVB stadium, and according to a BVB report, renovating the kitchen area would cost another double-digit million amount.

March 2023 was targeted as the general starting point for the work in order to be ready in time for the 2024 European Championships at home.