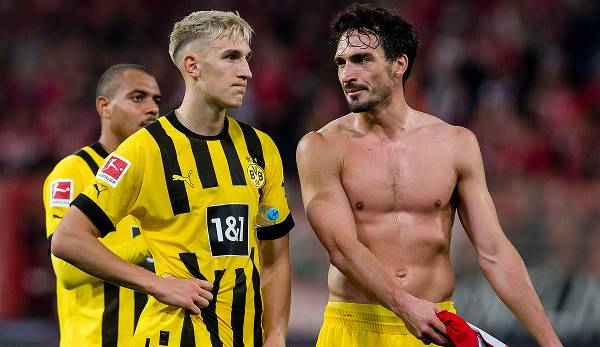 Sebastian Kehl’s defeat at Union Berlin is still heavy on his stomach. Sébastien Haller is knighted by Didier Drogba at the Ballon d’Or awards. And: Peter Neururer sees no chance of winning the championship for Borussia Dortmund. Here you can find news and rumors about BVB.

Dortmund’s 2-0 defeat at Union Berlin on Sunday is still bothering Sebastian Kehl. After a relentless analysis on Monday, the sports director commented on the current situation.

“That was far too little of everything, and our players heard that today,” said Kehl Ruhr news: “It was clear that there would not be a game with many chances, Union didn’t concede six goals for nothing. We often make it too easy for such opponents. We practically scored both goals ourselves.”

BVB only occupies eighth place in the Bundesliga. None of the last three games in all competitions were won.

“The form curve is not pointing upwards,” admitted the 42-year-old: “We had an emotional game against Bayern, we were good in Seville too, and to be honest that was all just a few days ago. But then come again and again such games as on Sunday.”

Eighth place is not the goal, Kehl clarified: “The fact that we often deliver such a first half before we improve gives us food for thought. We therefore have to live with the criticism that is coming.”

The sports director does not accept the excuse of overloading. “It’s high for many teams. Union only played on Thursday, we had two more days off and yet they invested more for a long time,” said Kehl.

The long-standing Bundesliga coach Peter Neururer assumes that BVB has already said goodbye to the championship race. “At the beginning of the season I thought that Dortmund could possibly replace Bayern. Since I don’t believe in a second crisis for Bayern, at least the duel between Bayern and Dortmund is decided for me,” said the 67-year-old sports1 in the program “Rudi Brückner – Talk am Montag”.

“The players aren’t stupid, but they also have to feel the consequences. If the coach doesn’t have the opportunity to react with substitute players, the coach’s hands are tied,” said Neururer.

Sébastien Haller, who is currently out due to testicular cancer, was a guest at the Ballon d’Or awards on Monday and surprisingly came 13th in the vote for the best footballer.

“Everything is fine. If I am here today it is because everything is fine, things are going as well as possible. It’s important to be there at this kind of ceremony to show you’re strong,” said the 28-year-old.

Former striker Didier Drogba, who hosted the program, paid tribute to the Dortmunder in an emotional way: “This gentleman is an example of courage and strength. The football world wishes you to return to the pitch very soon, Sébastien.”