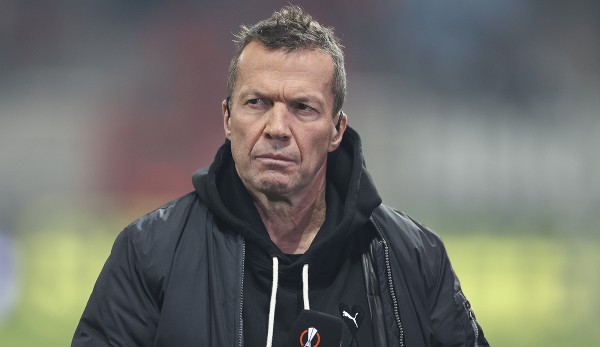 The criticism of Youssoufa Moukoko due to the fact that the contract has not yet been extended is not getting any smaller. Also, after the Ryerson signing the day before, the next one could soon follow.

BVB, News: Criticism of Moukoko does not subside

Youssoufa Moukoko has not extended his expiring contract with Borussia Dortmund. After record national player Lothar Matthäus had recently sent a clear appeal to the youngster not only to pay attention to the money, he now followed up: Moukoko had to “work out a few things first, nobody is waiting for him abroad,” he said table football. Moukoko should orientate himself on the former Dortmunders Sancho, Dembelé or Pulisic “and how they are doing”.

Regarding the rumors that Moukoko is being traded at Chelsea, Matthäus said: “What does he want there now? He scored six goals, he wasn’t even a regular player for a long time. What are six goals? Chelsea are bringing in new people for the offensive, Not even Kai Havertz is allowed to play in his favorite position, Timo Werner is gone again. As a young player, like Musiala, you have to be a very special one for such changes to make sense.” Moukoko is interesting because of his contract constellation, “but he doesn’t know either Chelsea or the Premier League. He wouldn’t get the support there like in Dortmund.”

Michael Rummenigge’s statements go in a similar direction: “I think it would suit the player very well if he showed a little gratitude. If he stayed at Borussia Dortmund for another two, three, four years. He is not a finished player,” said the ex-Bayern and Dortmund player in an interview Betting base sports betting.

Moukoko made his debut for the Dortmund pros when he was 16 and “owes a lot to the club. They took him from St. Pauli at great risk when he was 11. Such transfers don’t normally exist. But they did it back then .”

These statements coincide with an earlier statement by Matthew in his skycolumn in which he wrote about Moukoko: “After a few good months in the Bundesliga at Chelsea, Newcastle or somewhere else abroad, what does he want at the age of 18? If Moukoko is only interested in money, I might recommend him to Ronaldo in Saudi – to switch to Arabia”

With the signing of Julian Ryerson, BVB have found a flexible defensive player who is supposed to compensate for Thomas Meunier’s absence for weeks. But for the position of right-back, another young alternative could follow in the winter.

According to consistent media reports, a transfer from Ivan Fresneda, who has already been traded in Dortmund in recent weeks, is still an option. how Sky Sports reports that an immediate transfer is being sought, BVB is putting pressure on finalizing the deal. Report similarly Football Daily and Relevo, Premier League teams are also interested in the Real Valladolid player.

The 18-year-old was promoted to the first team in the summer and made nine appearances in LaLiga in the preliminary round, plus two games in the Copa del Rey. The Spanish junior international could be introduced to the squad in Dortmund in the coming months and take on a bigger role in the new season, especially since new signing Ryerson can be used variably in defence, i.e. as a left-back or central.

Liverpool FC is one of the hottest candidates for a commitment from BVB star Jude Bellingham, alongside Real Madrid, according to information from sky However, Reds coach Jürgen Klopp has not yet been involved in poker for the youngster. Accordingly, there was no direct exchange, only other decision-makers at the club had already exchanged views with the players.

In Liverpool there is a feeling that a transfer will work and that Bellingham can also imagine it. So far, however, the black and yellow have not received an offer. BVB sports director Sebastian Kehl said recently table football: “We will talk to him and his parents in due course, but there is currently no pressure. Jude wants to concentrate fully on football. And by the way, there are no offers at all.” Bellingham has “made an incredible development. With the way he plays football, his fighting spirit and his commitment, he has become a real Borussia player who identifies very much with BVB. He is a very important player for us.”