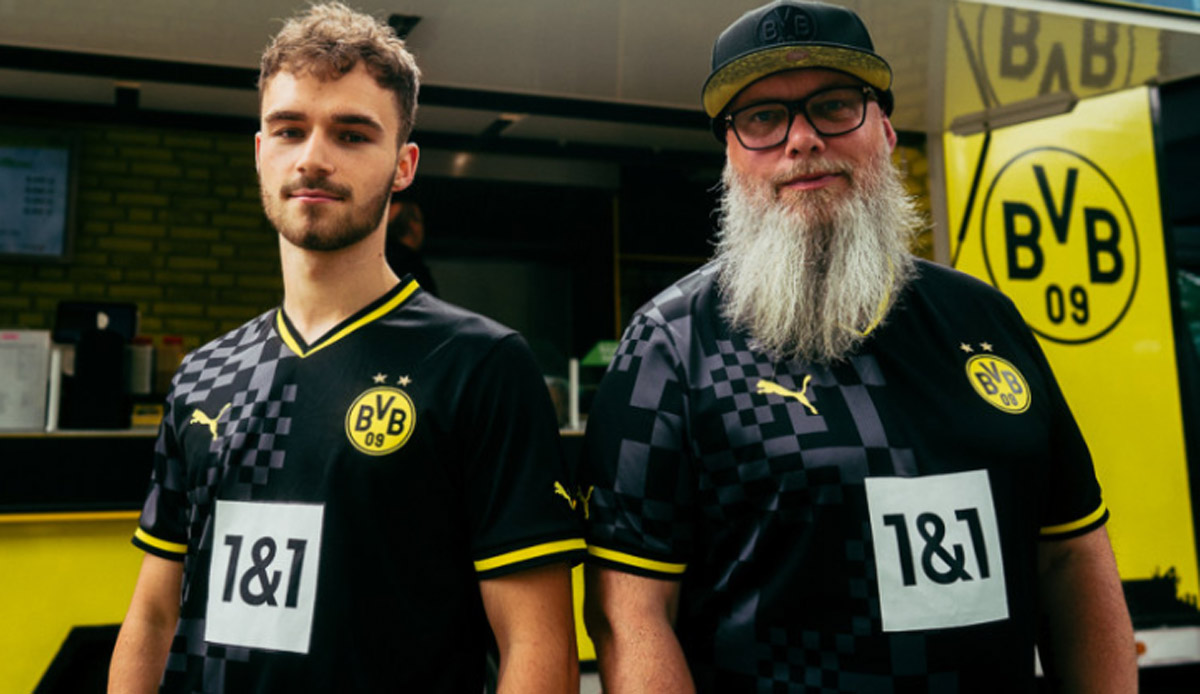 Borussia Dortmund presented the new away kit for the 2022/23 season. The transfer of Sebastien Haller is also fixed – and there is positive news from Giovanni Reyna. Latest news and rumors from Borussia Dortmund.

Borussia Dortmund has on Thursday presented the new away shirt for the upcoming Bundesliga season 2022/23. It is a black jersey with black and yellow stripes on the collar and sleeves. In addition, one half of the jersey is interspersed with a black and gray checkerboard pattern.

According to the description on the Vererins homepage, the fans were “stylized into the checked pattern of the jerseys for the 2022/23 season and are always there during the game.” The motto “Borussia connects” also quotes the neck.

BVB’s first away game in the Bundesliga is on Matchday 2: On August 12, Dortmund meets SC Freiburg.

Midfielder Giovanni Reyna was only able to play twelve games for Dortmund last season: numerous injuries slowed down the 19-year-old. The American is about to make a comeback for the new season.

in the table football BVB coach Edin Terzic praises the young professional: “Gio is very busy. When I talk to him now, he is full of energy. He is looking forward to us, we are looking forward to him and we hope that he will take the next step can do, become physically more stable so that we can be on the pitch a lot more often.”

In October, Reyna will celebrate his 20th birthday. So far he has played a total of 76 competitive games for Dortmund (9 goals, 12 assists).

Borussia Dortmund has signed Sebastien Haller as the successor to the emigrated star striker Erling Haaland. BVB announced the transfer of the 28-year-old from Ajax Amsterdam on Wednesday afternoon. Haller, who once played for Eintracht Frankfurt in the Bundesliga, has been given a four-year contract.

You can get more information here.

Haller misses a record: This is how Dortmund’s most expensive transfers turned out

Belgium international Axel Witsel continues his career at Atletico Madrid. As the Spanish top club announced on Wednesday, the midfielder will receive a one-year contract. Witsel’s contract with Bundesliga club Borussia Dortmund expired at the end of last season and was not extended.