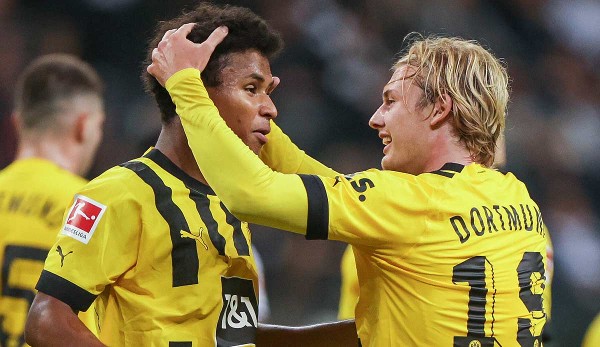 The non-consideration of ex-Dortmunder Mitch Langerak at the World Cup triggers a strong echo. The nomination of Dortmund attacking players Karim Adeyemi and Julian Brandt has caused surprising reactions among Werder Bremen players. BVB sports director Sebastian Kehl has given an update on Sébastien Haller and cleared up rumors. All news and rumors about BVB can be found here.

National coach Graham Arnold’s squad for Australia’s World Cup in Qatar has sparked heated debates. The focus of the anger of fans and pundits is the decision not to call up former BVB goalkeeper Mitch Langerak.

With many followers blowing off steam on social media, 28-time international Tommy Oar tweeted: “This is an absolute rip off. This is a whole new level of jobs for the boys. He (Langerak ed.) was one of our best performers in the last five years, one of the best men you can meet and respected by everyone.”

Langerak’s non-nomination came as a surprise, after all, the 34-year-old was named Player of the Year at his club Nagoya Grampus. Presumably Arnold wanted to strengthen his number one Mathew Ryan by not nominating his biggest competitor Langerak.

Langerak, who played for Borussia Dortmund between 2015 and 2015, has had eight caps for Australia so far.

The nomination of BVB stars Julian Brandt and Karim Adeyemi for the World Cup in Qatar caused some surprise among some Werder Bremen players.

The Bremen team watched the nomination PK together on Thursday and celebrated the appointment of their teammate Niclas Füllkrug to Hansi Flick’s squad. However, when the player names were displayed, there were also critical voices towards Brandt and Adeyemi. This shows a video of the scene.

“Are you kidding me?”, for example, a voice said from the background when the name Adeyemis was displayed. While the TV picture then switched to Brandt, the question was heard: “Dude, why that?”

Without a mandatory game since August! This is Flick’s biggest World Cup squad sensation

Dortmund’s sports director Sebastian Kehl has commented on the course of Sébastien Haller’s rehabilitation. The summer newcomer is working on his return after suffering from testicular cancer.

“Unfortunately, there is currently no concrete plan as to when Sébastien Haller can return. There are still pending investigations. We cannot give a firm date yet,” said Kehl at the BVB press conference on Thursday.

Kehl also made it clear: “There were rumors that he was said to have trained at Ajax Amsterdam, that’s not correct. It’s not yet clear when he will be available again.”

Borussia Dortmund is looking to make amends in the last game before the World Cup break. After the 2-0 defeat at VfL Wolfsburg during the week, Edin Terzic’s team is hoping for a win again at Borussia Mönchengladbach.

Terzic offensive star Marco Reus is still not available in terms of personnel. None of the other long-term injuries will return on Friday either. There is also a risk of further trouble: Jude Bellingham, Emre Can and Salih Özcan each have four yellow cards. At the start again in January against Augsburg (January 22), there may be a bottleneck on the six.