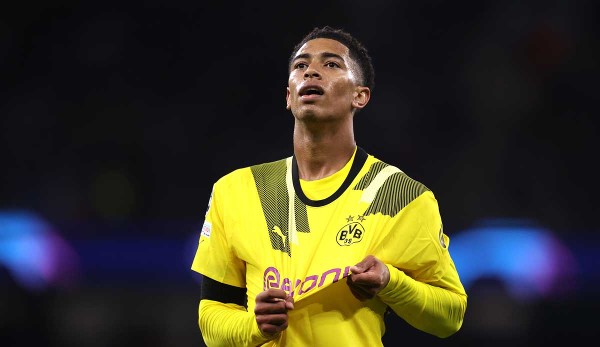 Real Madrid is in pretty good spirits in poker for BVB star Jude Bellingham. A Belgian top talent is in the sights of Borussia Dortmund. News and rumors about BVB.

Borussia Dortmund’s star midfielder Jude Bellingham continues to be high on the wish lists of some top clubs – including Real Madrid. According to mark Los Blancos believe they have done everything they can to bring Bellingham to Madrid.

According to the report, Bellingham himself knows how much the Champions League winner can offer in terms of salary and contract length. Bellingham wants to make his decision shortly and inform Dortmund about a change request.

With Manchester City, Liverpool and Paris Saint-Germain, however, Real Madrid has well-known competitors who are also vying for Bellingham’s services. The Englishman is under contract with BVB until 2025. This contract does not contain an exit clause, which is why BVB will probably ask for a fee of more than 120 million euros for its young star. For his part, Real is ready to pay 100 million euros plus bonuses.

BVB, News: Niklas Süle with a challenge to FC Bayern

BVB defender Niklas Süle has not written off the championship yet. “If we should win the two remaining games in the first half of the season, we would be up there again,” said the 27-year-old in an interview with the world on Sunday.

They are currently nine points behind leaders Bayern Munich. “I can still remember well that BVB was nine points ahead of Bayern and Bayern still became champions in the end,” the national player knows from his own experience how quickly a comfortable lead can melt away. With this statement, however, he also, obviously unconsciously, teased his current employer.

Süle said of his alleged weight problems: “It’s true that I may have to pay a little more attention to what I do on vacation than others. But I’ve had some experience with it and I think I’m getting better and better at it.”

Duranville is still under contract with the traditional Belgian club until 2024, but is said to be not interested in extending the contract at the moment, which is why a farewell this summer seems possible.

The Belgian U19 international has already played 14 competitive games for the RSC professionals this season, in which the 1.70 meter tall winger scored two goals.