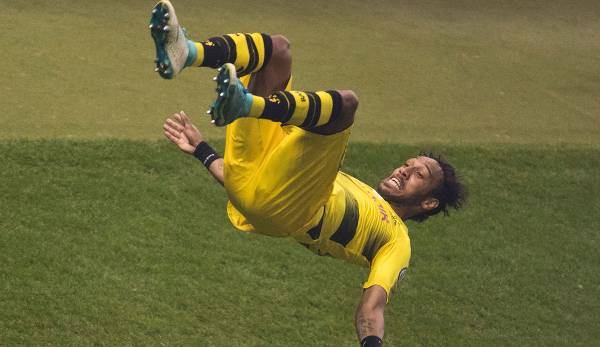 Karim Adeyemi wants to ask Edin Terzic for permission for a spectacular celebration. The BVB training camp in Bad Ragaz was exhausting. Here you can find news and rumors about BVB.

BVB fans can look forward to the first goal from newcomer Karim Adeyemi. To the question of picture On Sundaywhether he will show a jubilation somersault, the striker replied: “Why not? Wouldn’t it be boring if everyone cheered at the same time?”

However, he first wanted to ask permission from coach Edin Terzic, because the jubilant somersault is not well received by every coach. “After my first Champions League goal, I scored one before, but my coach Jesse Marsch gave me one straight away,” recalled the former RB Salzburg player. He should rather stay on the ground. In addition, the risk of injury would be too great.

In Dortmund, the 20-year-old now wants to arrive and assert himself. “The quality in this squad and in the league is very, very high,” says Adeyemi. The German international switched from RB Salzburg to BVB for a fee of 30 million euros. He has been following the black and yellow since he was young. “I already identify with BVB,” says Adeyemi, looking forward to the coming season.

The new season is just around the corner, the training camp in Bad Ragaz is over. The team left on Saturday. What was particularly striking was the high intensity of the training. Several players stressed to the Ruhr newshow exhausting the time had been. “To be honest, I’m dead. The fact that the coach said that we were training hard was definitely not a bluff,” said Julian Brandt after the 0-2 defeat by FC Villarreal.

For Terzic, the nine days in Switzerland were overshadowed above all by Sebastien Haller’s diagnosis. “But nobody will pay any more attention to that on Friday,” the 39-year-old looks forward again at the start of the season in the cup against 1860 Munich.

An option up front would then be Donyell Malen. The Dutchman received special praise from Terzic. “He put in a lot of effort, for the fact that he was out for so long it looked really good,” said the BVB coach with satisfaction. Terzic especially liked working against the ball.

The 23-year-old struggled with the consequences of a tendon injury in the final phase of last season and was only able to play 27 Bundesliga games. At the start of the training camp, Malen had to switch to individual training due to an injury. But now he seems to be getting fit in time.

Haller misses a record: This is how Dortmund’s most expensive transfers turned out