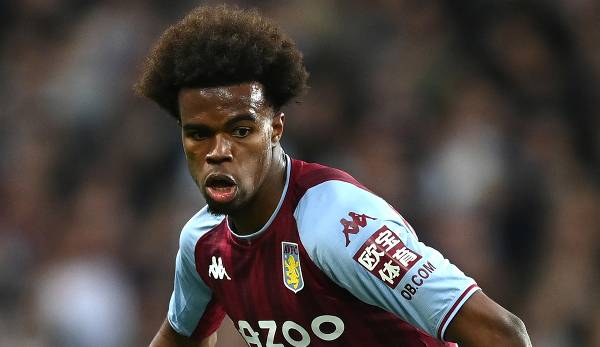 BVB trainer Edin Terzic was pissed off after the failed dress rehearsal before the DFB Cup. The coach also revealed who will be the new third captain of the season. In addition, Borussia bring a Swedish youngster to the Ruhr area.

There is still sand in the gearbox at BVB. On Friday evening, after the 1:3 against Valencia, there was also a 0:2 defeat against VIllarreal. The dress rehearsal before the cup match at 1860 Munich went horribly wrong.

Coach Terzic was also not very enthusiastic about his team’s performance. “What we didn’t like was that we weren’t able to create a lot of scoring chances from winning the ball. We wanted to play it to the end in a way that was too complicated. We wanted the sexy solution instead of the easy one. The goal just before the break was brutal annoying”, Terzic analyzed after the game.

Gerard Moreno gave the yellow submarine the lead just before the break, Samu Chukwueze followed suit after 66 minutes. “In the second half we got dirty, lost a lot of balls. If you do that, you have to be ready to sprint – and then at some point you’ll lack the grain.”

Here you can read everything you need to know about the game against Villarreal in the live ticker!

Borussia Dortmund continues to invest in the future. As the club announced, William Rashidi will switch to the Black and Yellow U19s. The 16-year-old comes from the U17s of the Swedish club AIK Solna and has signed a long-term contract in Dortmund.

Noisy Aftonbladet Rashidi rejected a professional contract in Sweden and prefers to go to the youth of BVB. The 16-year-old plays mainly on the right wing, where he can be used defensively as well as offensively. He is considered one of the greatest talents in the country.

A source of Aftonbladets describes Rashidi as follows: “He is strong as a monster and has a good understanding of the game.” BVB’s U19s have already posted a picture of the newcomer on Instagram.

Great honor for Jude Bellingham. The England teenager wore the captain’s armband in the 2-0 second-half friendly defeat by Villarreal after Marco Reus and Mats Hummels were substituted at the break. “Jude is our new third captain,” clarified coach Edin Terzic after the game.

According to Terzic, the 19-year-old brings all the equipment with him, even if he has clashed with teammates on the field from time to time in the past – such as in the Europa League game against Rangers when he crushed Nico Schulz.

“We still have a few issues with him,” added Terzic, who spoke to Bellingham about these things before the appointment. Such things are to be avoided in the future and he should concentrate more on his own game.

A few weeks ago it was reported that BVB Carney Chukwuemeka would deal with Aston Villa, meanwhile, according to Mundo Deportivo, FC Barcelona is also interested in the 18-year-old.

According to Sky Sports, the midfielder would prefer a move to Germany and would love to negotiate with BVB. However, the interest of the black and yellow in the England U19 international has probably expired.

Chukwuemeka still has a contract in Birmingham until 2023, which he says sky could not extend. In addition to Barca, various other Premier League clubs are said to have the midfielder on their list, with a fee of 20 million euros in the room. Chukwuemeka made eleven appearances in England’s top flight last season.