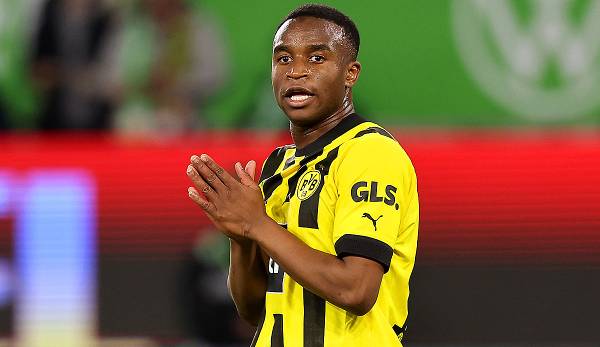 Youssoufa Moukoko’s contract extension could be in jeopardy. Jürgen Klopp reveals that he would have liked to have brought Heung-min Son to BVB and Mats Hummels and Niklas Süle complained about the early stages against Wolfsburg. The most important news and rumors about Borussia Dortmund can be found here.

More news and rumors about BVB from the past few days:

Youssoufa Moukoko’s contract extension at BVB is still dragging on. As the sports picture reported, several large consulting firms wanted to poach the 17-year-old, who, however, wanted to remain loyal to his agent Patrick Williams and the “Wassermann” agency.

Moukoko is said to be on the list at several top clubs and could be expensive for BVB. According to the report, a package for the striker consisting of salary, earnest money and consultant’s fee could amount to up to 30 million euros.

According to media reports, BVB has offered Moukoko an extension with an annual salary of five million euros, but the other side is probably demanding seven million euros.

It should be exciting on November 20th. Then the BVB player will come of age and should sign a contract extension himself.

“It’s one of the biggest mistakes of my life not signing him. An outstanding player. A world-class man and one of the best strikers in the world,” said Klopp.

Son was targeted by the black and yellow in 2013 when he was under contract with HSV. “I wanted to stay in the Bundesliga back then. Leverkusen and Dortmund wanted me. Both played in the Champions League, but I thought there would be more rotation in Dortmund. At my age, it was very important for me to play regularly,” explained the South Korean his decision for Leverkusen and against BVB.

Son stormed for the Werkself for two years before moving to Spurs in 2015 for a fee of 30 million euros.

Mats Hummels and Niklas Süle criticized BVB’s sleepy start in the defeat against Wolfsburg. “I didn’t like the first five minutes, otherwise I think there was a lot that was good. We had five bad minutes at the start, were quickly 1-0 down and then we weren’t effective,” said Hummels.

Süle agreed with his team-mates: “We felt like we didn’t even see the ball in the first five to ten minutes and got back into play very badly, which is relatively inexplicable because that happens very, very often.”

Find out more about BVB versus VfL Wolfsburg here.