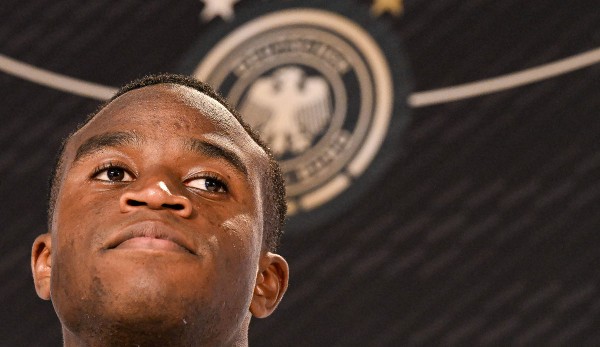 Youssoufa Moukoko’s agent makes people sit up and take notice. Donyell Malen causes trouble and Jude Bellingham says goodbye to his former club. The news and rumors about BVB at a glance.

Negotiations about Youssoufa Moukoko’s contract extension, which Borussia Dortmund is aiming for, continue to be difficult. The striker’s advisor, Patrick Williams, now commented on the current water level.

“I can confirm that we are not yet about to sign a contract extension with Borussia Dortmund,” Williams said of the rumors that an extension of the contract, which expires in the summer, is imminent sky. “I can also assure you that the numbers that are in circulation are simply not correct and Youssoufa was never offered that way. But we are still in contact and will see what the next few days bring,” he added.

Williams also fueled speculation about Moukoko saying goodbye. “We’re doing our job. A player like Youssoufa is of interest to all the top clubs in the world. Especially when he’s on a free transfer and has a future in the German national team,” he said.

Donyell Malen has caused trouble in his neighborhood when his garden is being renovated.

In Dortmund’s citizens’ consultation hour, some residents complained about the measures taken by the striker, who is said to have felled old hornbeams. He also wants to build a small soccer field. the Ruhr news had reported it first.

According to reports, the citizens’ complaint is now with the Parks and Environment Agency.

Background: A permit is required for the felling of healthy trees.

Malen moved to Dortmund for 30 million euros in the summer of 2021 and has since fallen far short of expectations. In the winter, the BVB officials already held one-on-one talks with the Dutchman. His future probably also depends on his performance in the second half of the season.

Jude Bellingham has finally said goodbye to his former club Birmingham City. The Englishman paid a visit to the club, from which BVB had switched to BVB in 2020 for 25 million euros, on Saturday.

In the course of the second division club’s league game against Reading, he got the farewell that was denied him more than two years ago due to the corona pandemic. 15 minutes before the start of the game, he stood on the edge of the field, distributed kisses, waved to the crowd and let the home fans celebrate.

“I’ve never had a chance to say goodbye – until today,” Bellingham said before, “I’m coming back to finally say goodbye to you guys.”

There has been speculation for months about a possible departure of Jude Bellingham in the summer. Real Madrid and Liverpool FC are said to be favorites for a transfer should the Englishman actually decide to say goodbye to Borussia Dortmund.

Now the Spanish newspaper wants mark learned that the England international’s signing would be a top priority after the arrival of top Brazilian talent Endrick.

Bellingham’s contract runs until 2024. BVB is said to be demanding a sum of 150 million euros to let their midfielder go.