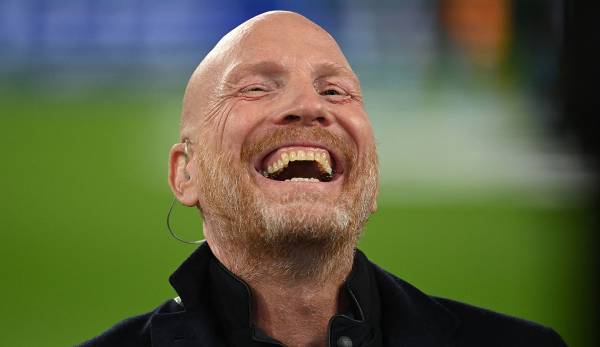 Jude Bellingham explains what makes Marco Reus so special. Matthias Sammer reacts to the supposed criticism of Rose assistant Alex Zickler. AND: Pep explains why Akanji is a perfect match for City. The news and rumors about Borussia Dortmund can be found here.

BVB once again benefited from Marco Reus’ qualities as “Mister 1-0” against TSG Hoffenheim. After the narrow victory on Friday evening, BVB super talent Jude Bellingham sang a song of praise for his captain.

“His movements are so smooth. Sometimes I just deliver the ball to him and I’m amazed at what he does with it,” said Bellingham.

Bellingham’s enthusiasm does not only refer to the sport, Reus’ leadership qualities have impressed him as well: “He is an absolute legend. It is remarkable how he deals with the young players, he also really helped me on the team council,” said the 18 year old the picture on sunday.

Against Hoffenheim, Reus scored the 45th 1-0 win for BVB, and in the current season alone he was already a match winner. For Bellingham, Reus is the man for the crucial moments: “He’s not always totally in the game, but he comes to life in key moments and has the quality to decide every game.”

BVB – News: Sammer on Rose-Aus: “Extremely decent and not contradictory”

After the separation from Borussia Dortmund after last season, Alexander Zickler, assistant to ex-BVB coach Marco Rose, spoke in a one-two from Sport1 last Sunday about the course of the separation. Quite a few read criticism of Matthias Sammer out of Zickler’s words. However, he didn’t feel attacked at all.

“I think Alexander Zickler did an extremely excellent job,” Sammer said sports1. “He said that he and coach Marco Rose were sad that it didn’t go on after a year and that a few things didn’t make him happy. I think that’s extremely decent and fair and not contradictory at all.”

“It wasn’t easy with a club like this in the first year. A few things in the background weren’t always optimal either,” Zickler said without going into detail.

Sammer explained that the split was “in style” and explicitly included both sides.

Manuel Akanji’s departure from Borussia Dortmund ended up being a little long. Shortly before the end of the transfer period, it was clear: the Swiss would move to Manchester City. Pep Guardiola now explained why he can use the 27-year-old so well.

“We’ve had the opportunity to land an incredibly experienced player with just one year left on his contract. He’s perfect for what we need,” said Guardiola. “He’s got a good build-up game, we felt that for ourselves when we played against Dortmund.”

The Skyblues Akanjis services cost 17.5 million euros. ManCity also reacted to a persistent lack of injuries on the defensive. Guardiola continued: “Aymeric Laporte has a serious injury and will be out for up to a month. Nathan Aké has a muscle problem. Given our schedule, we couldn’t live with just two centre-backs.”

The duels in the Champions League group phase can be particularly explosive for BVB. At Manchester City there are currently three former Borussia players in the squad: Ilkay Gündogan, Erling Haaland and said Akanji.