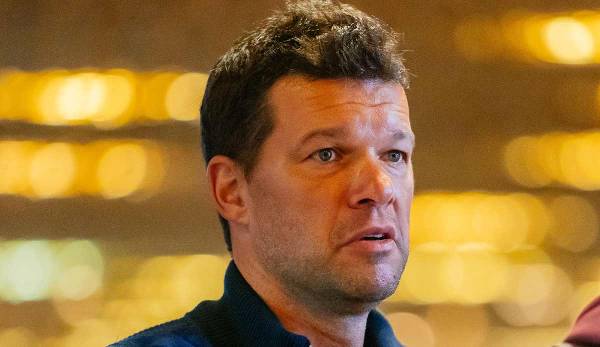 “I would be wary of seeing Dortmund on an equal footing with Bayern, despite their good signings. They’re not,” said the 2002 vice-world champion in one statement DAZN-Interview.

Ballack continues: “Just because they don’t bring that with them in terms of aspirations. Because of the last few years, it’s normal for Bayern Munich to become champions.” FC Bayern is again a “big favorite” for him, emphasized the 45-year-old.

It was no surprise for the former “Capitano” that world footballer Robert Lewandowski left Bayern for FC Barcelona despite the existing contract: “FC Bayern is not the center of the world, there are other top clubs in Europe. And especially when I’m like that I’ve worked so successfully with a club for a long time, why not?” He believes that FC Bayern did everything right here when the club let Lewandowski go and received a transfer fee of 45 million euros plus up to five million euros in bonuses.

The new DAZN-Expert sees the Bundesliga behind the English Premier League and LaLiga from Spain in terms of performance. “Changes have to make sense and should ideally involve promoting attractiveness. Anything to do with the 50+1 rule is certainly the biggest issue that could restore competitiveness or bring us closer to other leagues,” said the long-time Chelsea pro .

You need a lot of approval from the league, from the fans. Ballack: “And then we have rule changes like the playoffs, to keep the excitement high for the fans so that football doesn’t become too predictable. Nothing is more boring than predictable success.”