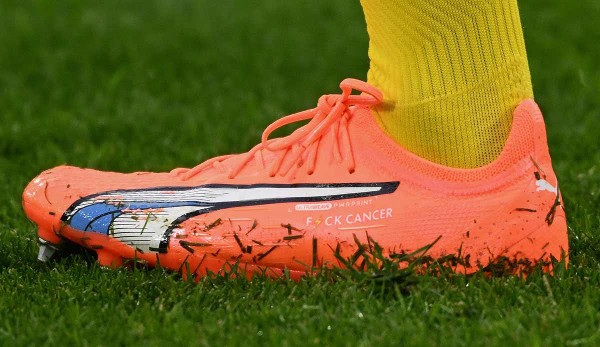 Sébastien Haller celebrated an emotional debut for BVB after his cancer in the turbulent 4: 3 win against FC Augsburg.

His substitution was accompanied by thunderous applause and standing ovations, after his emotional debut in the wild 4: 3 win against FC Augsburg, Sébastien Haller enjoyed the atmosphere in front of the yellow wall for the first time – and jumped up and down in front of the BVB fans with his children away.

“It was unbelievable and unforgettable,” said the 28-year-old after his acclaimed return to the Bundesliga pitch six months after being diagnosed with testicular cancer DAZN: “I’m just happy to have taken the first step onto the pitch.”

When the ex-Frankfurter entered the square after a good hour, he had “lots of goosebumps” at the reception of the 81,365 spectators in the sold-out Signal Iduna Park, Haller reported: “I enjoyed this moment and we have to have this moment take it and use it to win games. That’s why we play at home. That has to be a strength.”

Haller, who laced up with the words “F*uck Cancer” on his shoes, replaced the hapless Youssoufa Moukoko, who had extended his contract until 2026 on Saturday after much back and forth, and provided a noticeable positive jolt in Dortmund’s game. “This atmosphere – it was really crazy,” said Haller.

And if Giovanni Reyna had raised his head in the 84th minute and played it earlier, Haller could have crowned his emotional afternoon with a goal. But at first all that counted for him was his return to the pitch. “I still have some fitness things to do. My focus right now is getting back to full fitness.” He didn’t set himself a specific goal. “I’m just happy to be here,” said Haller.

BVB coach Edin Terzic was also happy about Haller’s return. “We had a couple of positive stories: Seb Haller came back to us and was on the football field with us for the first time,” said Terzic.