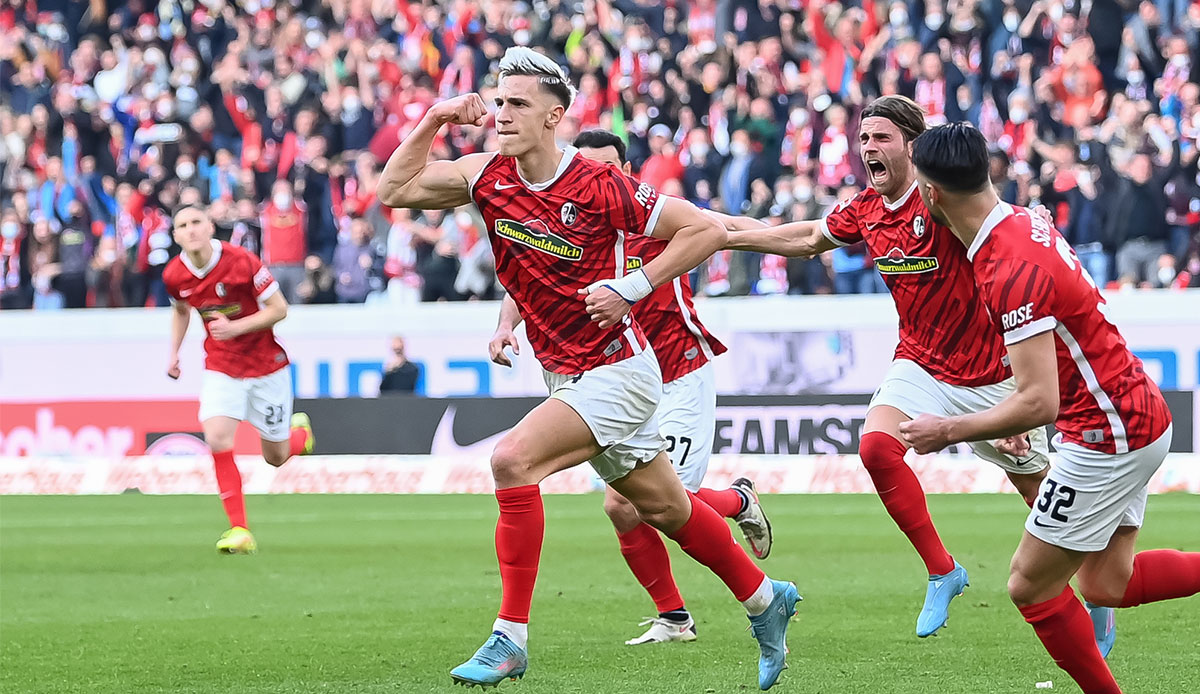 National player Nico Schlottbeck is moving to Borussia Dortmund. The 22-year-old has signed a five-year contract.

First Niklas Süle, now Nico Schlotterbeck: Borussia Dortmund has caught the next German national football player. The 22-year-old switched from league rival SC Freiburg to BVB in the summer and received a five-year contract until 2027. With Süle Schlotterbeck should give the vulnerable Dortmund defense significantly more stability. In view of the new central defender duo, veteran Mats Hummels (33) is often threatened with a place on the bench.

“Nico has huge potential. He didn’t choose the economically best offer from among the many interested clubs, but deliberately chose BVB in order to develop further in sport here,” said future BVB sports director Sebastian Kehl, who also left 20 years ago Freiburg has moved to the Ruhr area: “I hope that Dortmund will be just as much a new home for him as it was for me.”

Schlotterbeck had aroused the interest of some top clubs with his strong performances at SC. The German record champion Bayern Munich is said to have had him on the slip. “We are very pleased that we were able to convince Nico of our path and that he made a clear commitment to Borussia Dortmund by signing a long-term contract,” said Kehl.

Before Schlotterbeck’s new adventure begins in the summer, he wants to crown his career in Freiburg by qualifying for the Champions League and winning the DFB Cup. “It’s important to me to be able to concentrate fully on the remaining three games with SC Freiburg, which we hope to play successfully in the home stretch of the season. After that, I’m looking forward to the new tasks with BVB,” said Schlotterbeck after passing the medical check on Monday.

Süle (26) switched from Bayern to BVB on a free transfer in the summer and also signed a long-term contract. Both clubs did not provide any information on the modalities of the transfer from Schlotterbeck. Most recently, however, a transfer fee of around 20 million euros was under discussion.

Marco Rose is happy about the reinforcements. After the bankruptcy in the small district derby against VfL Bochum (3: 4), the BVB coach complained about the defensive behavior of his team. “When I look at the table and see 50 goals conceded, it’s clear what the core issue is,” said Rose.

That should change with Süle and Schlotterbeck. “Nico Schlotterbeck is a young German international who has made great progress. His profile fits BVB perfectly,” said outgoing sporting director Michael Zorc.

The two newcomers make it clear that central defenders Manuel Akanji and Dan-Axel Zagadou will have no future in Dortmund.