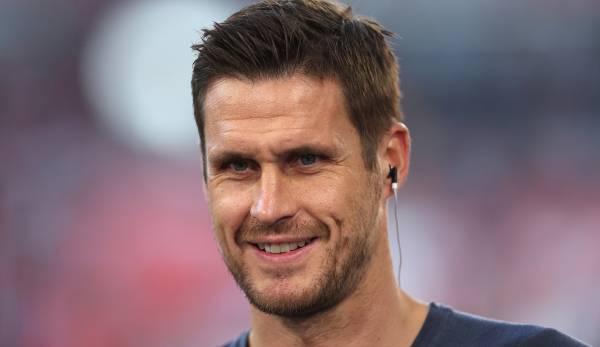 Borussia Dortmund wants to prove itself at Hertha BSC and make amends for the 2-3 defeat against Werder Bremen.

The shock after the sobering home bankruptcy has given way: runners-up Borussia Dortmund wants to give a taste of their true skills to the still winless capital city club Hertha BSC on Saturday (3.30 p.m.) after the 2: 3 in the last home game against promoted Werder Bremen by conceding three goals in the the euphoria around Borsigplatz abruptly ended in the final phase.

“We have to show a reaction on Saturday to continue where we want to be,” said sporting director Sebastian Kehl on Thursday. And coach Edin Terzic added: “We can only be angry with ourselves and draw the appropriate conclusions. It wasn’t one mistake that decided the game (against Bremen d.Red.).”

It’s now about “converting the good training impressions into a good game,” said the football coach. In Berlin you need “a significant increase in performance and a really good result,” Kehl told kicker.

BVB’s appearance in the victories against Leverkusen (1-0) and in Freiburg (3-1) was not the best of the best. Against Bremen, however, three points that were believed to be safe were given away by unbelievable blunders, which left its mark on Borussia.

“We looked at certain scenes very often. We noticed two things: Firstly, the performance was not good, and then of course the defeat has to be mentioned,” said Terzic, “until the 88th minute we were 2-0 up and have then handed over the game.”

The BVB coach analyzed “the way we behaved when we were in possession of the ball”. You needed too many ball contacts and couldn’t tire the opponent out by shifting the game.” The gaps in pressing were too big.

The integration of center forward Anthony Modeste is currently causing problems in Dortmund. The striker, who was transferred from 1. FC Köln for a fee of five million euros, has not been very convincing in his two previous appearances in the black and yellow dress. So far, it has not been possible to integrate him into the BVB game.

“Tony has incredible qualities in the box,” emphasized Terzic, “we basically have to adapt to the qualities of our players. We had many situations where we had to dangerously get the ball in front of the goal.” But that didn’t happen. Kehl appealed in the case of Modeste: “I would ask for a little patience. I don’t think it’s okay to call it a bad buy.”

Modeste’s ex-coach, FC coach Steffen Baumgart, recently said to DAZN: “What Tony distinguished last year was the team in his background. We’re seeing it when a team doesn’t act like that , then maybe you won’t score as many goals as before. You have to say it so clearly.”