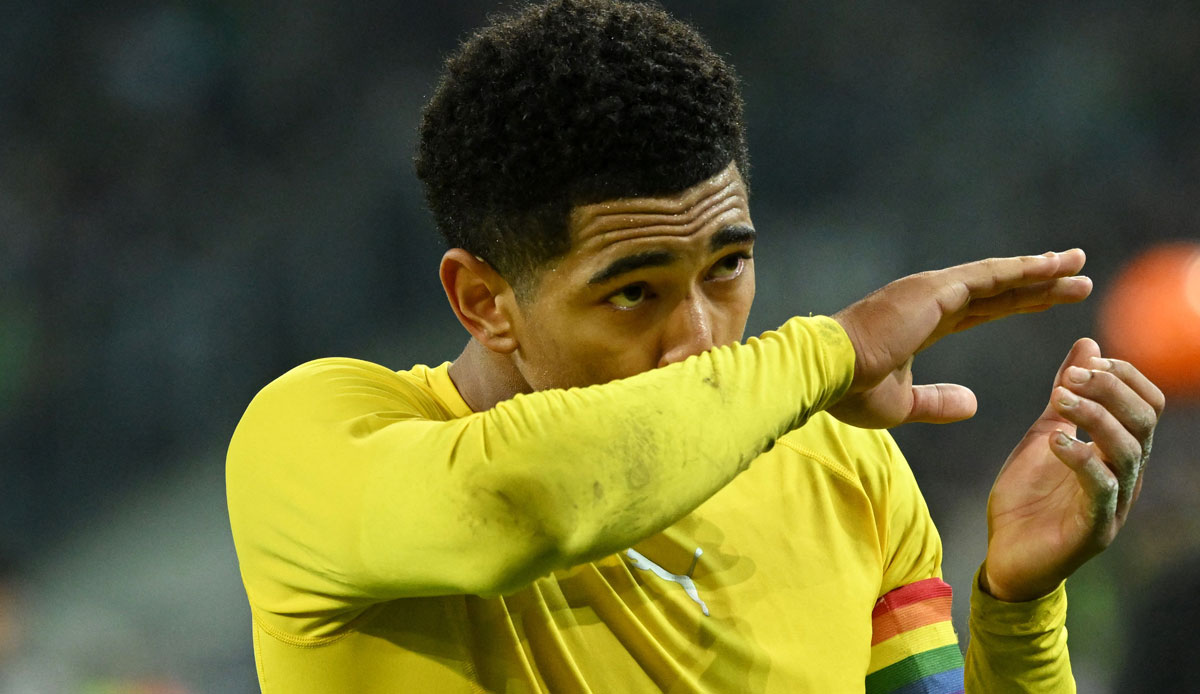 BVB coach Edin Terzic tightens the reins after an unsatisfactory season so far. The return of Sebastien Haller gives hope for improvement, while Youssoufa Moukoko’s contract gamble is a disruptive factor in the training camp.

An autograph from Sebastien Haller was particularly popular with the fans at the airport. The goalscorer, who had been sorely missed for a long time, patiently fulfilled the wishes of the waiting supporters before leaving for the training camp with Borussia Dortmund.

Haller’s return after his testicular cancer was not the only good news for BVB coach Edin Terzic before the business trip to Marbella. His entire squad was on board flight EW 1909 – Jude Bellingham had also made it on time. The Englishman, who was being hunted by several top European clubs, had forgotten his passport and was only able to check in after Mama Denise handed over the document.

Apparently, the runner-up never gets so excited. But under the Spanish sun, Terzic wants to get the struggling sixth in the table back on track after an unsatisfactory season so far. “We have a lot of work ahead of us as a whole team to achieve our goals,” said the coach.

The 28 BVB pros who traveled with them will have tough days ahead of them until January 14th. Terzic had no time to lose. The first training session at the Banus Football Center was already on the program after landing on Friday afternoon.

After two operations and successful chemotherapy, Haller wants to take the next steps towards a comeback in Andalusia. Despite the approaching start of the Bundesliga on January 22 against FC Augsburg, the club is not putting any pressure on the 30 million man. Haller should carefully build up his form and fitness. “He’s incredibly positive and wants to get back on the pitch. We’ll continue to support him on this path,” said sporting director Sebastian Kehl.

Marco Reus should be much faster than Haller. The captain missed the World Cup due to an ankle injury. Mahmoud Dahoud and Jamie Bynoe-Gittens also want to start again after their long absences due to shoulder injuries – maybe in the friendlies against Fortuna Düsseldorf (January 10) and FC Basel (January 13).

Unlimited good mood at BVB? No! The poker around Youssoufa Moukoko spoils the mood. The “prompt decision” hoped for by Kehl is not in sight. The contract of the young national player ends in the summer, the ideas of both sides for an extension are still too far apart. “It is important for everyone involved to have clarity,” Kehl told the newspapers of the Funke media group. “My full focus is on the second half of the season,” assured Moukoko.

And she has the talent. The team, which is so ambitious, once again proved to be too fickle this season. There is not much left of the spirit of optimism after Terzic’s return after 25 points from 15 games. Under predecessor Marco Rose, the black and yellow were in second place with 31 points at the same time last season.

Terzic is therefore pulling the reins. Hans-Joachim Watzke firmly believes in a happy ending. “The billing will be done on the 34th matchday,” emphasized the BVB managing director.