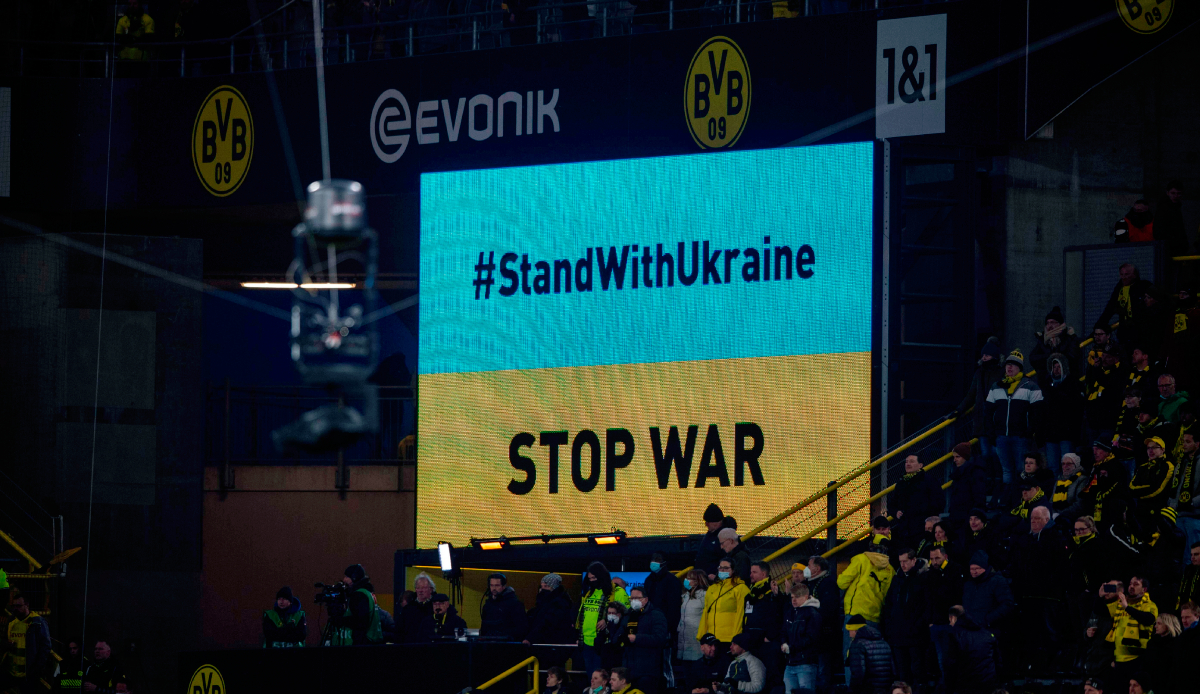 The Russian TV channel MatchTV apparently prematurely canceled the TV broadcast of the game due to pro-Ukrainian messages during the game between Borussia Dortmund and RB Leipzig.

how nv reported, the TV commentator was angry at the messages. “Unfortunately, we have to cancel the broadcast for reasons beyond our control,” said Igor Kytmanov. “In general, it is said that football and politics should be viewed separately, but this rule is not always respected in the Bundesliga.” The channel “Futbol 3” of the station MatchTV The transmission then broke off at half-time.

BVB and its fans had spread the call to stop the war in Ukraine in very different ways. Lettering, messages on the video screens, Ukrainian flags in the stands. In Russia, the top German division is still broadcast, unlike Ligue 1 or the Premier League.

The DFL has been monitoring the situation for a long time. The DFL had already refrained from an extraordinary termination at the beginning of March so that the “peace appeals from the stadiums could continue to reach the Russian population”.

In addition, Russian proceeds of around one million euros were donated to people in Ukraine affected by the war. A prerequisite for this decision, however, was that the basic signal made available in Russia was transmitted unchanged. If the “TV base signal were repeatedly censored, this would result in an extraordinary termination by the DFL,” it said at the time.

Apparently that is exactly what has happened. It is still unclear how the DFL will react to this.