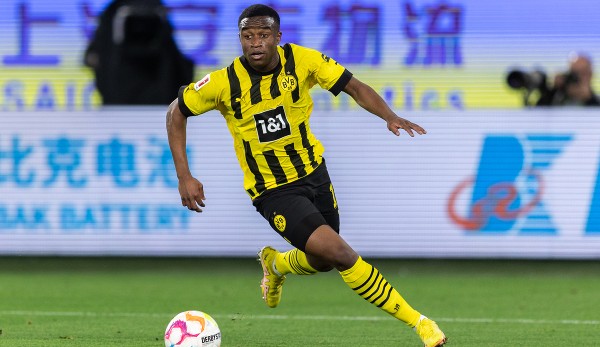 Chelsea seem to be interested in Youssoufa Moukoko. Giovanni Reyna speaks out after being ousted from the US national team. Also: A U17 talent extends his contract with Borussia Dortmund. You can find all the news and rumors about BVB here.

BVB, rumor: Youssoufa Moukoko at Chelsea on the slip

BVB striker Youssoufa Moukoko’s contract expires at the end of the season. Talks between BVB and the player side have been going on for a long time, but no agreement has been reached yet. At Borussia Dortmund it is still unclear whether you can continue to plan with the 18-year-old.

As The Athletic now reported that Chelsea – Dortmund’s opponents in the CL round of 16 – want to bring the 18-year-old to Stamford Bridge in January. According to the report, some Premier League clubs feel that talks between the Blues and Moukoko are already at an advanced stage.

After media reports about his almost being kicked out of the US national team during the World Cup in Qatar, BVB professional Giovanni Reyna spoke up – and both admitted his own mistakes and criticized national coach Gregg Berhalter. “I’m a very emotional person and I admit that for a few days I let my feelings guide me,” the 20-year-old wrote on Monday Instagram.

Shortly before the World Cup, Reyna reported that Berhalter informed him that his role in the tournament would be limited. “I was devastated,” admitted the attacking midfielder. This mood has meanwhile influenced his willingness to train.

However, he apologized for this – and Berhalter and his teammates would have forgiven him. “After that I shook off my disappointment and gave everything I could on and off the field,” said Reyna.

Borussia Dortmund has extended the contract with U17 talent Tyler Meiser. “Tyler Meiser will stay with BVB and extend his contract with the Black and Yellows,” writes the 15-year-old’s management on Instagram.

Meiser has been playing for BVB since 2020. Last summer there were reports of an interest from FC Barcelona who allegedly scouted him at a youth tournament in Spain.

The central defender has made twelve appearances in Dortmund’s U17s this season. It is not known how many years his working paper at BVB was extended.

After a three-year Corona break, BVB invited to Christmas singing again on Sunday. 71,000 BVB and Christmas fans gathered at the Signal Iduna Park in Dortmund.

To the annoyance of some spectators, there was also a black and yellow rival in the stadium – one of the musicians in the Filou band comes from Dortmund’s neighboring city and Schalke’s home town of Gelsenkirchen.

“Even Gelsenkircheners are welcome here tonight,” joked stadium announcer Norbert Dickel when introducing the musical accompaniment. However, the stadium acknowledged the announcement with boos and whistles.