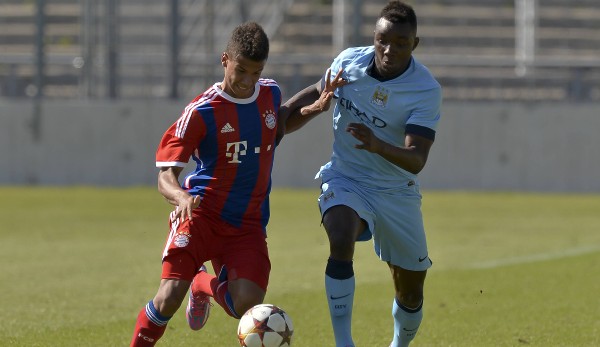 Which Englishman has ever played for FC Bayern Munich? Most people will probably answer this question with Owen Hargreaves. With Chima Okoroji there is another Englishman who played for Bayern for many years.

Owen Hargreaves was under contract with FC Bayern from 2000 to 2007. In 2001 he was an important part of the team that won the Champions League and the Intercontinental Cup. In addition, the midfielder was German champion six times before joining Manchester United.

But there is another Englishman who played at Bayern – even longer than Hargreaves. We’re talking about Chima Okoroji. The 25-year-old would probably only have come to mind for the biggest Bayern insiders when answering the question asked at the beginning. Okoroji never played in the Bundesliga team, but “only” in youth, from 2004 to 2014.

Okoroji was born in Munich on April 19, 1997 to an English mother and a Nigerian father. “My mother is from Liverpool. She met my father when she was on vacation. My father didn’t want to go to England because he had problems with work. So they decided to stay in Germany,” Okoroji told the portal Planet footballwhy Munich was the center of the international family.

His passion for football blossomed at a very young age. After the first beginnings at TSV Grünwald, there was a special request. “When I was seven and a half years old, they came and asked me if I wanted to play for Bayern Munich. I just said yes because it’s such a big club,” said Okoroji.

As a result, he went through all youth teams at the big FC Bayern. In the B youth he was a regular player, after half a year he rose to the A youth. With this he experienced games that have remained in his memory. Four Youth League games, including against AS Roma and Manchester City: “It was great because we had never played teams like that before.”

Okoroji: No chance against Lahm and Alaba

Okoroji was, and still is, a left-back. At the time when Okoroji had to think about his sporting future, FC Bayern’s Bundesliga team was excellently filled with Philipp Lahm and David Alaba in this position. The way to the Bundesliga with Bayern was not possible for him. “The problem was that getting into the first team wasn’t that easy, so I said to myself that I had to go to another team. But it was a great experience and they gave me a lot,” Okoroji said back to his time in Munich.

He tried his luck nearby, at FC Augsburg. After promotion to the regional league with the FCA second team, Okoroji moved on to SC Freiburg in the summer of 2017. After a season in the second team, he was promoted to the professional squad and made his Bundesliga debut in October 2018 when he came on as a substitute at Hertha BSC.

Okoroji since 2021 at SV Sandhausen

Okoroji hasn’t made the breakthrough he was hoping for in the Bundesliga so far, but he has made an impression in all of his previous positions in the 2nd Bundesliga. If the performances continue to be consistent, the Liverpool fan may still have a dream come true: a move to a team in England.